Savannas are grasslands with scattered trees, and they are located in Africa, South America, and northern Australia (see the figure below). Savannas are hot, tropical areas with temperatures averaging from 24 °C to 29 °C (75 °F to 84 °F) and an annual rainfall of 10–40 cm (3.9–15.7 in).

Savannas have an extensive dry season; for this reason, forest trees do not grow as well as they do in the tropical wet forest (or other forest biomes). As a result, within the grasses and forbs (herbaceous flowering plants) that dominate the savanna, there are relatively few trees (see the figure below). Since fire is an important source of disturbance in this biome, plants have evolved well-developed root systems that allow them to quickly re-sprout after a fire. 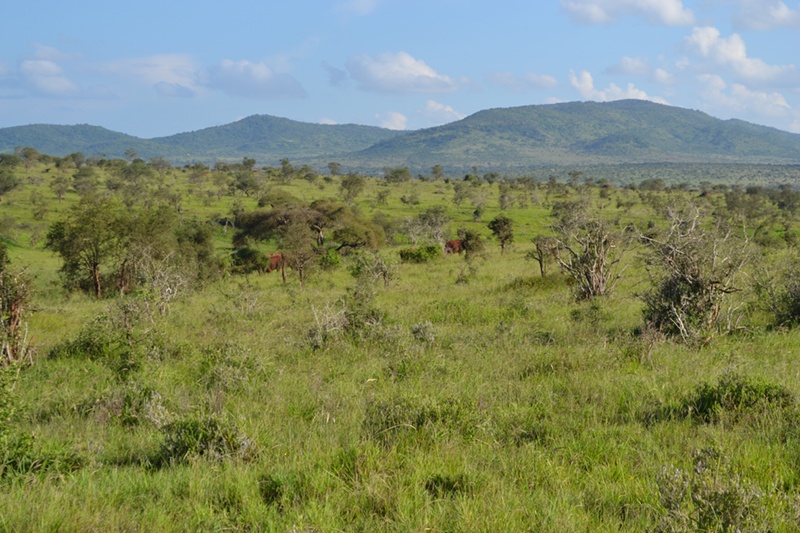 Savannas, like this one in Taita Hills Wildlife Sanctuary in Kenya, are dominated by grasses. (credit: Christopher T. Cooper)