The boreal forest, also known as taiga or coniferous forest, is found south of the Arctic Circle and across most of Canada, Alaska, Russia, and northern Europe (see the figure below). This biome has cold, dry winters and short, cool, wet summers. The annual precipitation is from 40 cm to 100 cm (15.7–39 in) and usually takes the form of snow. Little evaporation occurs because of the cold temperatures.

The long and cold winters in the boreal forest have led to the predominance of cold-tolerant cone-bearing plants. These are evergreen coniferous trees like pines, spruce, and fir, which retain their needle-shaped leaves year-round. Evergreen trees can photosynthesize earlier in the spring than deciduous trees because less energy from the sun is required to warm a needle-like leaf than a broad leaf. This benefits evergreen trees, which grow faster than deciduous trees in the boreal forest. In addition, soils in boreal forest regions tend to be acidic with little available nitrogen. Leaves are a nitrogen-rich structure and deciduous trees must produce a new set of these nitrogen-rich structures each year. Therefore, coniferous trees that retain nitrogen-rich needles may have a competitive advantage over the broad-leafed deciduous trees. 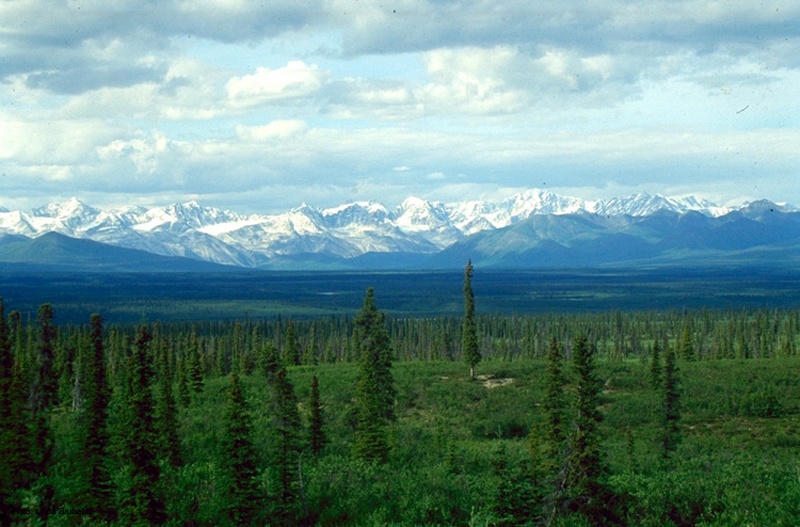