The constitution of a country (or a state) is a special type of law document that tells how its government is supposed to work. It tells how the country’s leaders are to be chosen and how long they get to stay in office, how new laws are made and old laws are to be changed or removed based on law, what kind of people are allowed to vote and what other rights they are guaranteed, and how the constitution can be changed.

Limits are put on the government in how much power they have within the Constitution. On the other hand, countries with repressive or corrupt governments frequently do not stick to their constitutions, or have bad constitutions without giving freedom to citizens and others. This can be known as dictatorship or simply “bending the rules”. A Constitution is often a way of uniting within a Federation. 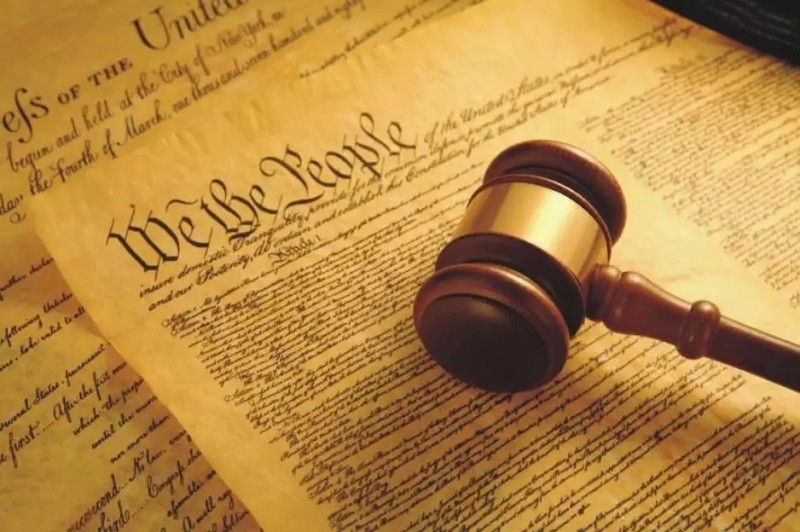 The UK’s constitution is not written in one single document like many other countries’ are. In fact, the UK’s constitution is not completely written down at all. Some of it can be found in writing, starting with the Magna Carta of 1215 and the Bill of Rights Act 1689 and including more modern Acts of Parliament. Other parts of it are considered common law and are made up of the decisions of judges over many hundreds of years in a system called legal or judicial precedence. Because of this, some people say that the United Kingdom has a de facto or “unwritten” constitution.

The United States in 1787 began a trend in the writing of constitutions. The United States Constitution is also the shortest that people are still using, and it has been changed (amended) many times over the years. It was made after the colonists won their independence from Britain. At first they had the Articles of Confederation but the Articles were replaced with today’s Constitution.

The Indian constitution of 1950 is the longest ever written constitution in the world. It has 448 Articles and 12 Schedules in it, with 5 appendices and 98 amendments.

The Constitution of Nigeria is the supreme law of the Federal Republic of Nigeria. Nigeria has had a series of constitutions. The current constitution was enacted on 29 May 1999, inaugurating the Nigerian Fourth Republic. The Constitution of Ghana is the supreme law of the Republic of Ghana. It was approved on 28 April 1992 through a national referendum after 92% support. It defines the fundamental political principles, establishing the structure, procedures, powers and duties of the government, structure of the judiciary and legislature, and spells out the fundamental rights and duties of citizen.

Just as in Nigeria and Ghana, the Constitution of South Africa is the supreme law of the Republic of South Africa. It provides the legal foundation for the existence of the republic, sets out the rights and duties of its citizens, and defines the structure of the government. The current constitution, the country’s fifth, was drawn up by the Parliament elected in 1994 in the South African general election, 1994. It was promulgated by President Nelson Mandela on 18 December 1996 and came into effect on 4 February 1997, replacing the Interim Constitution of 1993.

This is a lesson from the tutorial, Constitutions and you are encouraged to log in or register, so that you can track your progress.