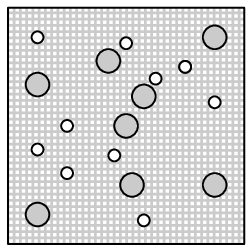 A heterogeneous mixture is one that consists of two or more substances. It is non-uniform and the different components of the mixture can be seen.

Heterogeneous mixtures can be further subdivided according to whether it is two liquids mixed, a solid and a liquid or a liquid and a gas or even a gas and a solid. These mixtures are given special names which you can see in table below.

This article has been modified from "Mixtures, by Siyavula, Grade 10 Science, CC BY 4.0. Download the article for free at Siyavula.