The main purpose of the heart is to pump blood through the body; it does so in a repeating sequence called the cardiac cycle. The cardiac cycle is the coordination of the filling and emptying of the heart of blood by electrical signals that cause the heart muscles to contract and relax. The human heart beats over 100,000 times per day. In each cardiac cycle, the heart contracts (systole), pushing out the blood and pumping it through the body; this is followed by a relaxation phase (diastole), where the heart fills with blood, as illustrated in the figure below. 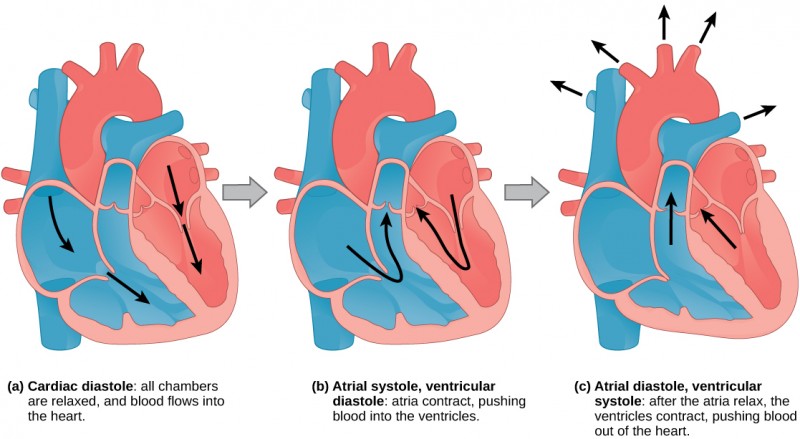 The pumping of the heart is a function of the cardiac muscle cells, or cardiomyocytes, that make up the heart muscle. Cardiomyocytes, shown in the figure below, are distinctive muscle cells that are striated like skeletal muscle but pump rhythmically and involuntarily like smooth muscle; they are connected by intercalated disks exclusive to cardiac muscle. They are self-stimulated for a period of time and isolated cardiomyocytes will beat if given the correct balance of nutrients and electrolytes. 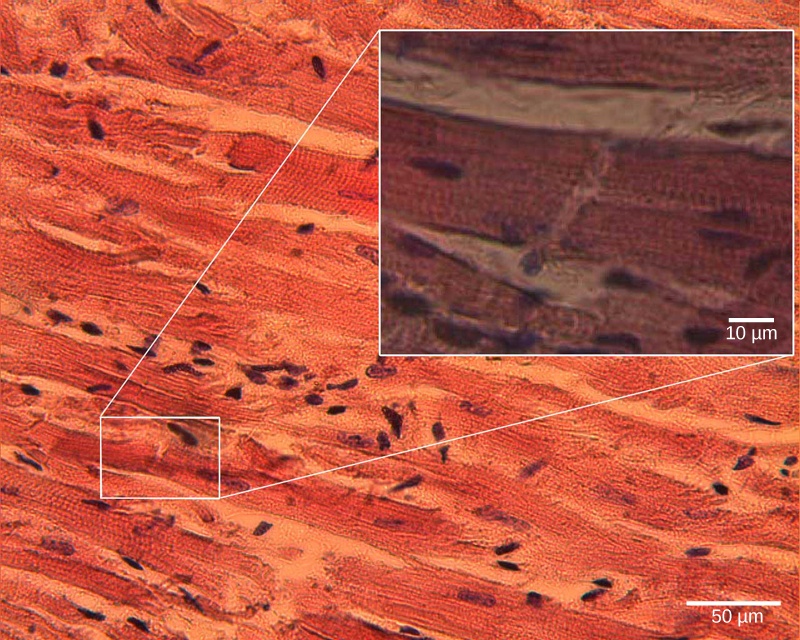 The autonomous beating of cardiac muscle cells is regulated by the heart’s internal pacemaker that uses electrical signals to time the beating of the heart. The electrical signals and mechanical actions, illustrated in the figure below, are intimately intertwined. The internal pacemaker starts at the sinoatrial (SA) node, which is located near the wall of the right atrium. Electrical charges spontaneously pulse from the SA node causing the two atria to contract in unison. The pulse reaches a second node, called the atrioventricular (AV) node, between the right atrium and right ventricle where it pauses for approximately 0.1 second before spreading to the walls of the ventricles. 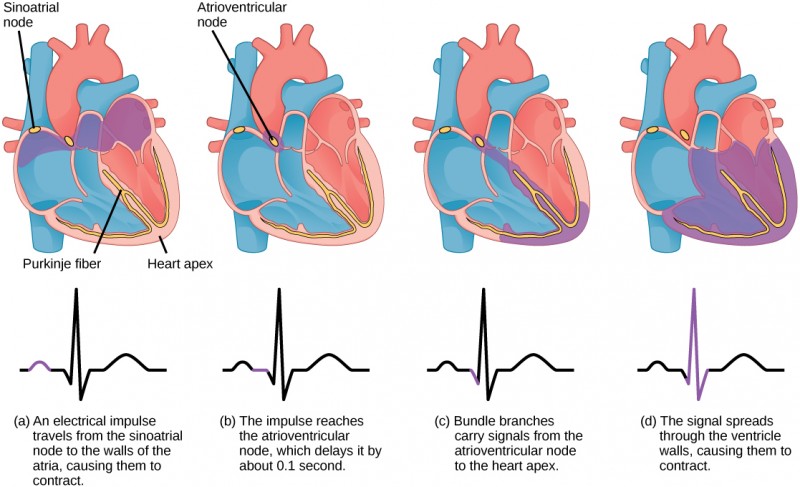 The beating of the heart is regulated by an electrical impulse that causes the characteristic reading of an ECG. The signal is initiated at the sinoatrial valve. The signal then (a) spreads to the atria, causing them to contract. The signal is (b) delayed at the atrioventricular node before it is passed on to the (c) heart apex. The delay allows the atria to relax before the (d) ventricles contract. The final part of the ECG cycle prepares the heart for the next beat.