The chemical properties of an element depend on the number of protons and electrons inside the atom. So if a neutron or two is added or removed from the nucleus, then the chemical properties will not change. This means that such an atom would remain in the same place in the periodic table. For example, no matter how many neutrons we add or subtract from a nucleus with 6 protons, that element will always be called carbon and have the element symbol C (see the periodic table). Atoms which have the same number of protons (i.e. same atomic number Z), but a different number of neutrons (i.e. different N and therefore different mass number A), are called isotopes.

In Greek, “same place” reads as ίσoςτόπoς (isos topos). This is why atoms which have the same number of protons, but different numbers of neutrons, are called isotopes. They are in the same place on the periodic table!

Isotopes of an element have the same number of protons (same Z), but a different number of neutrons (different N).

In nature the different isotopes occur in different percentages. For example Cl–35 might make up \(\text{75}\%\) of all chlorine atoms on Earth, and Cl–37 makes up the remaining \(\text{25}\%\). The following worked example will show you how to calculate the average atomic mass for these two isotopes:

Example: The Relative Atomic Mass of an Isotopic Element

Step 1: Calculate the mass contribution of chlorine–35 to the average relative atomic mass

Step 2: Calculate the contribution of chlorine–37 to the average relative atomic mass

Step 3: Add the two values to arrive at the average relative atomic mass of chlorine 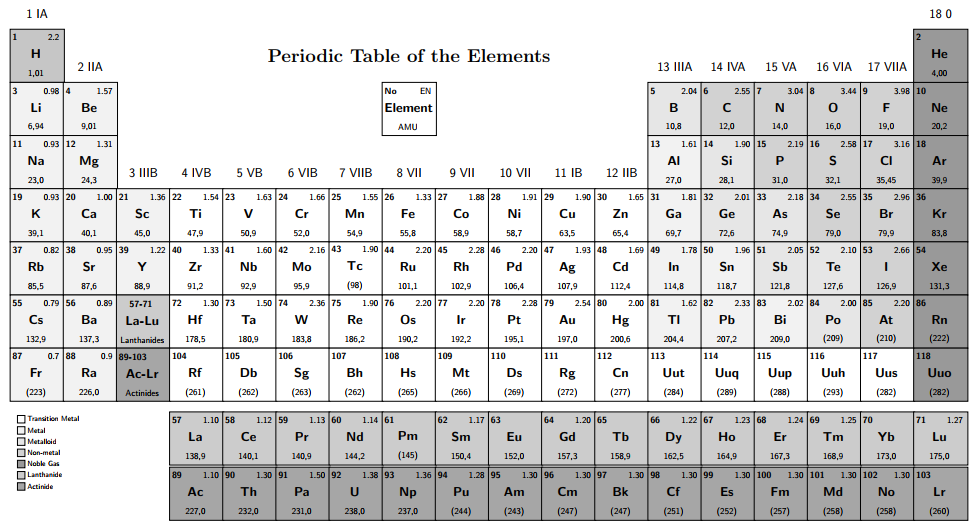 This article has been modified from "Isotopes, by Siyavula, Physical Sciences Grade 10, CC BY 4.0. Download the book for free at www.siyavula.com.