The Energy of Electrons

The electrons of an atom all have the same charge and the same mass, but each electron has a different amount of energy. Electrons that have the lowest energy are found closest to the nucleus (where the attractive force of the positively charged nucleus is the greatest) and the electrons that have higher energy (and are able to overcome the attractive force of the nucleus) are found further away.

Electron arrangement of a lithium atom. 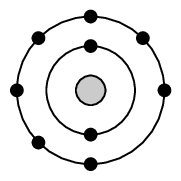 Electron arrangement of a fluorine atom. 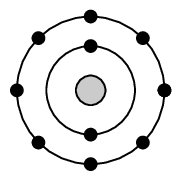 Electron arrangement of a neon atom.

But the situation is slightly more complicated than this. Within each energy level, the electrons move in orbitals. An orbital defines the spaces or regions where electrons move.

An atomic orbital is the region in which an electron may be found around a single atom. 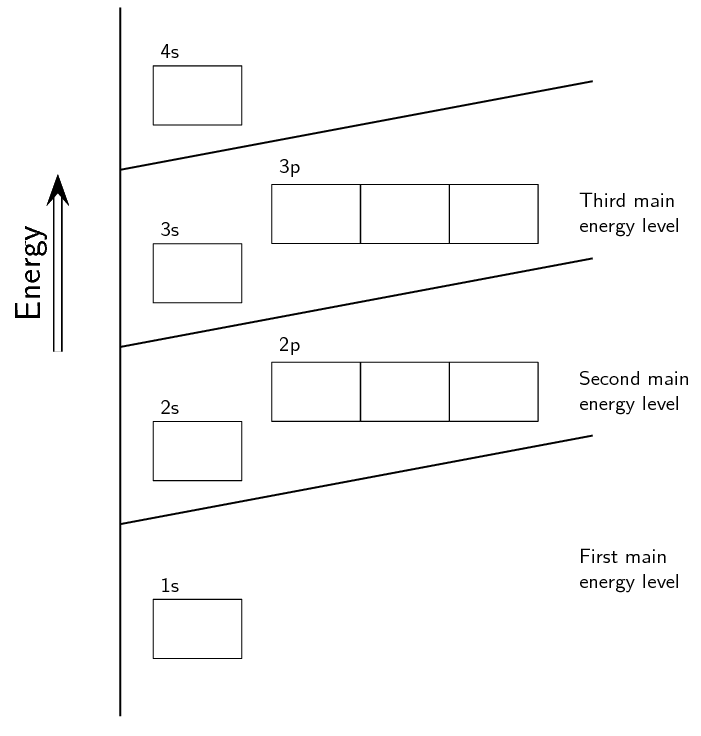 The positions of the first ten orbitals of an atom on an energy diagram.

The way that the electrons are arranged in an atom is called its electron configuration.

When there are two electrons in an orbital, the electrons are called an electron pair. If the orbital only has one electron, this electron is said to be an unpaired electron. Electron pairs are shown with arrows pointing in opposite directions.

Electron configuration is the arrangement of electrons in an atom, molecule or other physical structure.

This article has been modified from "Electronic Configuration, by Siyavula, Physical Sciences Grade 10, CC BY 4.0. Download the book for free at www.siyavula.com.