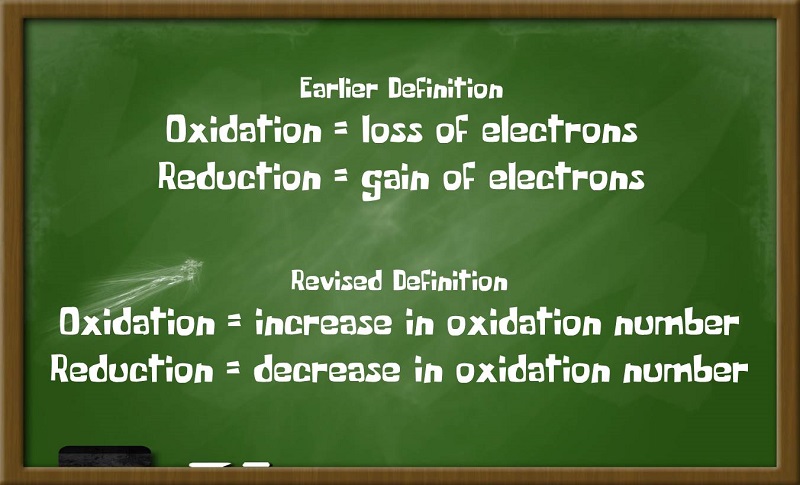 Definitions for the complementary processes of this reaction class are correspondingly revised as shown here (also see figure above):

Several subclasses of redox reactions are recognized, including combustion reactions in which the reductant (also called a fuel) and oxidant (often, but not necessarily, molecular oxygen) react vigorously and produce significant amounts of heat, and often light, in the form of a flame.

Solid rocket-fuel reactions such as the one depicted in the first lesson are combustion processes. A typical propellant reaction in which solid aluminum is oxidized by ammonium perchlorate is represented by this equation:

You may watch the brief video below by NASA’s Marshall Center showing the test firing of a small-scale, prototype, hybrid rocket engine planned for use in the new Space Launch System being developed by NASA. The first engines firing at 3 s (green flame) use a liquid fuel/oxidant mixture, and the second, more powerful engines firing at 4 s (yellow flame) use a solid mixture.

Single-displacement (replacement) reactions are redox reactions in which an ion in solution is displaced (or replaced) via the oxidation of a metallic element. One common example of this type of reaction is the acid oxidation of certain metals:

Metallic elements may also be oxidized by solutions of other metal salts; for example:

This reaction may be observed by placing copper wire in a solution containing a dissolved silver salt. Silver ions in solution are reduced to elemental silver at the surface of the copper wire, and the resulting Cu2+ ions dissolve in the solution to yield a characteristic blue color (see image below).

(a) A copper wire is shown next to a solution containing silver(I) ions. (b) Displacement of dissolved silver ions by copper ions results in (c) accumulation of gray-colored silver metal on the wire and development of a blue color in the solution, due to dissolved copper ions. Image credit: modification of work by Mark Ott