Recall that the Bohr model depicts an atom’s electron shell configuration. Within each electron shell are subshells, and each subshell has a specified number of orbitals containing electrons. While it is impossible to calculate exactly where an electron is located, scientists know that it is most probably located within its orbital path.

Subshells are designated by the letter s, p, d, and f.

The p subshell has three dumbbell-shaped orbitals, as illustrated in the image below. Subshells d and f have more complex shapes and contain five and seven orbitals, respectively. These are not shown in the illustration below. Principal shell 3n has s, p, and d subshells and can hold 18 electrons. Principal shell 4n has s, p, d and f orbitals and can hold 32 electrons.

The s subshells are shaped like spheres. Both the 1n and 2n principal shells have an s orbital, but the size of the sphere is larger in the 2n orbital. Each sphere is a single orbital. p subshells are made up of three dumbbell-shaped orbitals. Principal shell 2n has a p subshell, but shell 1 does not. Image Attribution: Modified by Khan Academy from OpenStax Biology (CC BY-NC-SA 4.0)

Moving away from the nucleus, the number of electrons and orbitals found in the energy levels increases. Progressing from one atom to the next in the periodic table, the electron structure can be worked out by fitting an extra electron into the next available orbital.

The closest orbital to the nucleus, called the 1s orbital, can hold up to two electrons. This orbital is equivalent to the innermost electron shell of the Bohr model of the atom. Why do we call it the 1s orbital? Well, this is because it is spherical around the nucleus. 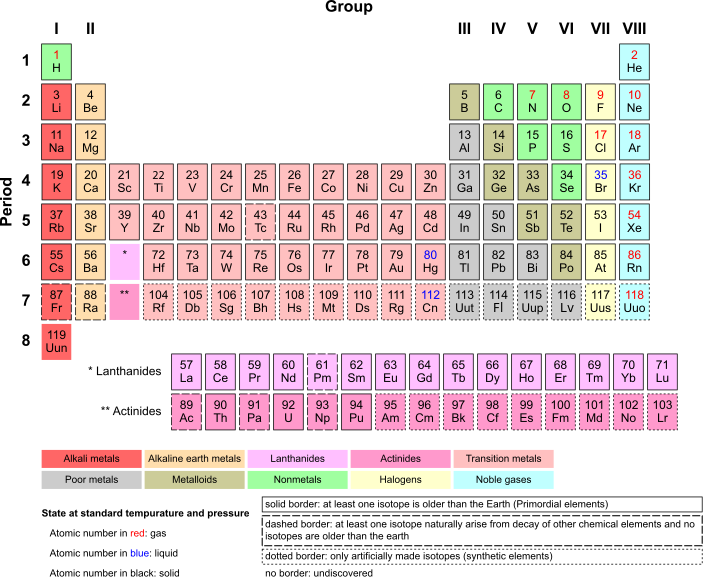 When filling the p orbitals, each takes a single electron; once each p orbital has an electron, a second may be added. Lithium (Li) contains three electrons that occupy the first and second shells. Two electrons fill the 1s orbital, and the third electron then fills the 2s orbital. Its electron configuration is 1s2 2s1.

Neon (Ne), on the other hand, has a total of ten electrons: two are in its innermost 1s orbital and eight fill its second shell (two each in the 2s and three p orbitals). Its electron configuration is 1s2 2s2 2p6. Thus, it is an inert gas and energetically stable as a single atom that will rarely form a chemical bond with other atoms.

Larger elements have additional orbitals, making up the third electron shell. There is a close relationship between the concepts of electron shells and orbitals. However, orbitals provide a more accurate depiction of the electron configuration of an atom. This is because the orbital model specifies the different shapes and special orientations of all the places that electrons may occupy.

The video below shows an animation of the electron configuration and atomic orbitals of Scandium. Sc has 21 protons (and electrons).