Other Properties of Water 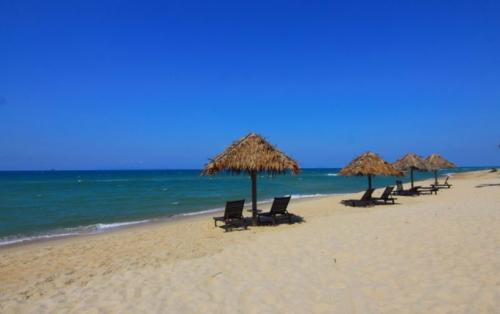 Due to its high heat capacity, warm blooded animals use water to more evenly disperse heat in their bodies. This is similar to a car’s cooling system, transporting heat from warm places to cool places, causing the body to maintain a more even temperature.

Water also has a high heat of vaporization. This is the amount of energy required to change one gram of a liquid substance to a gas. You would require a considerable amount of heat energy (586 cal) to accomplish this change in water. This process occurs on the surface of water. 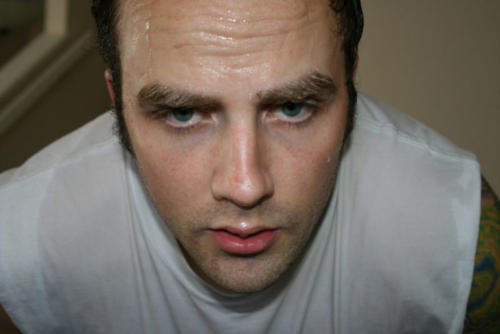 Sweat is mainly water, but it also contains some salts. Its main function is to control body temperature. Image Attribution: Speshul Ted via VisualHunt / CC BY-NC-SA

Hydrogen bonds need to be broken for water to evaporate. This fact means that the process uses a substantial amount of energy. As the water evaporates, energy is taken up by the process, cooling the environment where the evaporation is taking place. In many living organisms, including in humans, the evaporation of sweat (see image above), which is 90 percent water, allows the organism to cool so that homeostasis of body temperature can be maintained.

Since water is a polar molecule with slightly positive and slightly negative charges, ions and polar molecules can readily dissolve in it. Therefore, water is a solvent, a substance capable of dissolving other polar molecules and ionic compounds. The charges associated with these molecules will form hydrogen bonds with water, surrounding the particle with water molecules. This is referred to as a sphere of hydration, or a hydration shell, as illustrated in the image below. It serves to keep the particles separated or dispersed in the water.

When you add ionic compounds to water, the individual ions react with the polar regions of the water molecules. As a result, their ionic bonds are disrupted in the process of dissociation. Dissociation occurs when atoms or groups of atoms break off from molecules and form ions.

When you mix table salt (NaCl) in water, spheres of hydration form around the ions. Image Attribution: OpenStax Biology

Consider table salt (NaCl, or sodium chloride). When you add NaCl crystals to water, the molecules of NaCl dissociate into Na+ and Cl– ions. Then, spheres of hydration form around the ions, as illustrated above. The partially negative charge of the water molecule’s oxygen surrounds the positively charged sodium ion. The partially positive charge of the hydrogen on the water molecule surrounds the negatively charged chloride ion.