Isotopes are different forms of an element that have the same number of protons but a different number of neutrons. Some elements—such as carbon, potassium, and uranium—have naturally occurring isotopes. Carbon-12 contains six protons, six neutrons, and six electrons; therefore, it has a mass number of 12 (six protons and six neutrons).

Carbon-14 contains six protons, eight neutrons, and six electrons; its atomic mass is 14 (six protons and eight neutrons). These two alternate forms of carbon are isotopes. Some isotopes may emit neutrons, protons, and electrons, and attain a more stable atomic configuration (lower level of potential energy). These are radioactive isotopes, or radioisotopes. 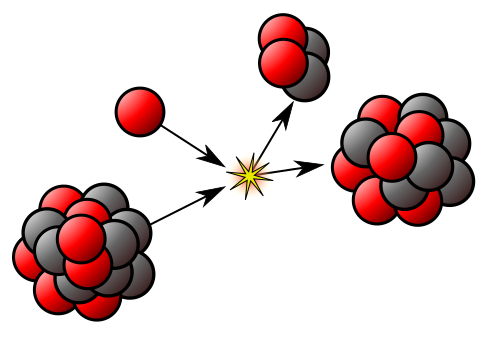 Carbon is normally present in the atmosphere in the form of gaseous compounds like carbon dioxide and methane. Carbon-14 (14C) is a naturally occurring radioisotope that is created in the atmosphere from atmospheric 14N (nitrogen) by the addition of a neutron and the loss of a proton because of cosmic rays. This is a continuous process, so more 14C is always being created.

As a living organism incorporates 14C initially as carbon dioxide fixed in the process of photosynthesis, the relative amount of 14C in its body is equal to the concentration of 14C in the atmosphere. When an organism dies, it is no longer ingesting 14C, so the ratio between 14C and 12C will decline as 14C decays gradually to 14N by a process called beta decay—the emission of electrons or positrons. This decay gives off energy in a slow process.

After approximately 5,730 years, half of the starting concentration of 14C will have been converted back to 14N. The time it takes for half of the original concentration of an isotope to decay back to its more stable form is called its half-life. Because the half-life of 14C is long, it is used to date formerly living objects such as old bones or wood.

Comparing the ratio of the 14C concentration found in an object to the amount of 14C detected in the atmosphere, the amount of the isotope that has not yet decayed can be determined. On the basis of this amount, the age of the material, such as the pygmy mammoth shown in the image below, can be calculated with accuracy if it is not much older than about 50,000 years. 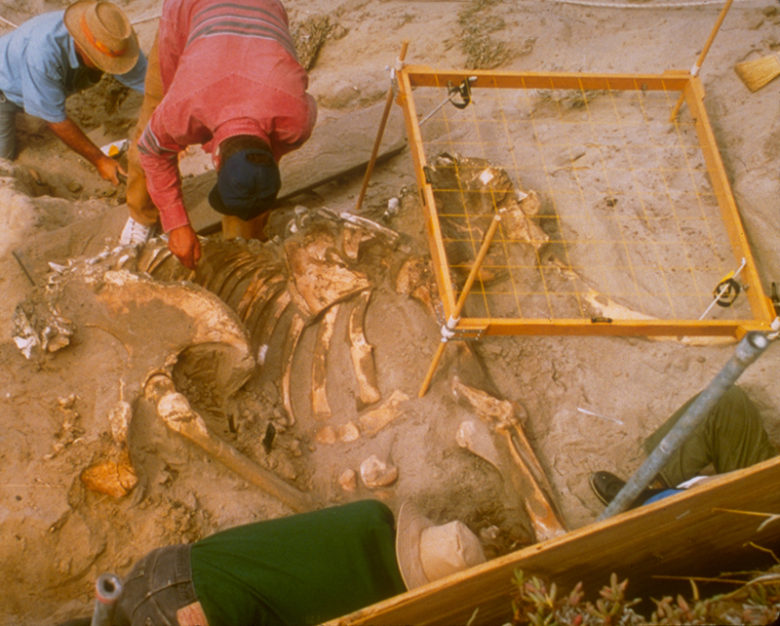 The age of carbon-containing remains less than about 50,000 years old, such as this pygmy mammoth, can be determined using carbon dating. Image Attribution: Bill Faulkner, NPS

Other elements have isotopes with different half lives. For example, 40K (potassium-40) has a half-life of 1.25 billion years. Similarly, 235U (Uranium 235) has a half-life of about 700 million years. Through the use of radiometric dating, scientists can study the age of fossils. They can also study the age of other remains of extinct organisms. This enables us to understand how organisms have evolved from earlier species.