Some atoms are more stable when they gain or lose an electron (or possibly two) and form ions. This fills their outermost electron shell and makes them energetically more stable. Because the number of electrons does not equal the number of protons, each ion has a net charge.

This movement of electrons from one element to another is referred to as electron transfer. As the image below illustrates, sodium (Na) only has one electron in its outer electron shell. It takes less energy for sodium to donate that one electron than it does to accept seven more electrons to fill the outer shell. If sodium loses an electron, it now has 11 protons, 11 neutrons, and only 10 electrons, leaving it with an overall charge of +1. We now refer to it to as a sodium ion.

Chlorine (Cl) in its lowest energy state (called the ground state) has seven electrons in its outer shell. Again, it is more energy-efficient for chlorine to gain one electron than to lose seven. Therefore, it tends to gain an electron to create an ion with 17 protons, 17 neutrons, and 18 electrons, giving it a net negative (–1) charge. We now refer to it as a chloride ion.

In the formation of an ionic compound, metals lose electrons and nonmetals gain electrons to achieve an octet. Image Attribution: OpenStax Biology

In this example, sodium will donate its one electron to empty its shell. Chlorine will accept that electron to fill its shell. Both ions now satisfy the octet rule and have complete outermost shells. The number of electrons is no longer equal to the number of protons. As a result, each is now an ion and has a +1 (sodium cation) or –1 (chloride anion) charge. Note that these transactions can normally only take place simultaneously: in order for a sodium atom to lose an electron, it must be in the presence of a suitable recipient like a chlorine atom. 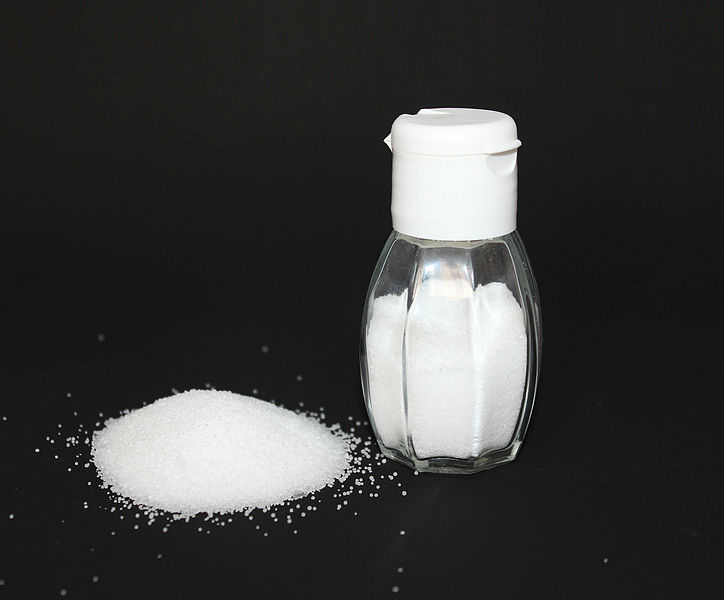 Certain salts are referred to in physiology as electrolytes (including sodium, potassium, and calcium), ions necessary for nerve impulse conduction, muscle contractions and water balance. Many sports drinks and dietary supplements provide these ions to replace those lost from the body via sweating during exercise.

Covalent Bonds and Other Interactions

Another way the octet rule can be satisfied is by the sharing of electrons between atoms to form covalent bonds. These bonds are stronger and much more common than ionic bonds in the molecules of living organisms. Covalent bonds are commonly found in carbon-based organic molecules, such as our DNA and proteins.

Covalent bonds are also found in inorganic molecules like H2O, CO2, and O2. One, two, or three pairs of electrons may be shared, making single, double, and triple bonds, respectively. The more covalent bonds between two atoms, the stronger their connection. Thus, triple bonds are the strongest.

The strength of different levels of covalent bonding is one of the main reasons living organisms have a difficult time in acquiring nitrogen for use in constructing their molecules, even though molecular nitrogen, N2, is the most abundant gas in the atmosphere.

Molecular nitrogen consists of two nitrogen atoms triple bonded to each other and, as with all molecules, the sharing of these three pairs of electrons between the two nitrogen atoms allows for the filling of their outer electron shells, making the molecule more stable than the individual nitrogen atoms. This strong triple bond makes it difficult for living systems to break apart this nitrogen in order to use it as constituents of proteins and DNA.

Two or more atoms may bond with each other to form a molecule. When two hydrogens and an oxygen share electrons via covalent bonds, a water molecule is formed. Image Attribution: OpenStax Biology

Animation of ionic and covalent bonding

The video below shows an animation of ionic and covalent bonding.