Ionic and covalent bonds between elements require energy to break. Ionic bonds are not as strong as covalent, which determines their behavior in biological systems. However, not all bonds are ionic or covalent bonds. Weaker bonds can also form between molecules.

Two weak bonds that occur frequently are hydrogen bonds and van der Waals interactions. Without these two types of bonds, life as we know it would not exist. Hydrogen bonds provide many of the critical, life-sustaining properties of water and also stabilize the structures of proteins and DNA, the building block of cells. 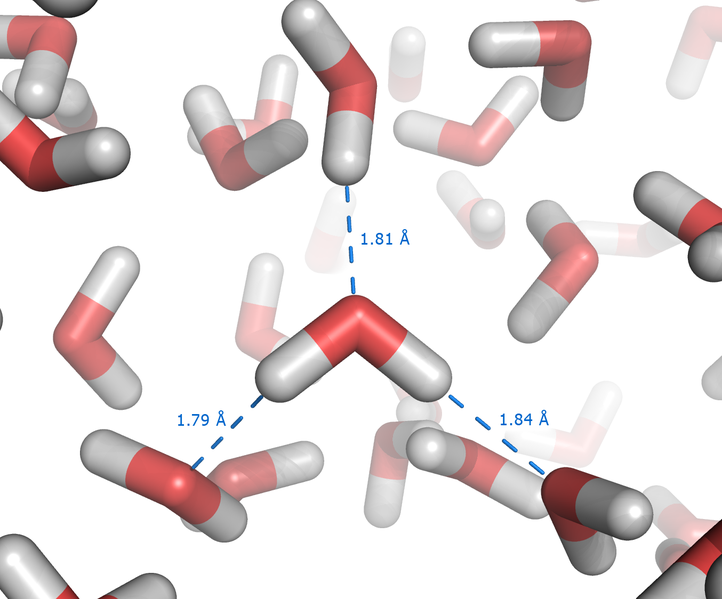 This type of bond is common and occurs regularly between water molecules. Individual hydrogen bonds are weak and break easily; however, they occur in very large numbers in water and in organic polymers, creating a major force in combination. Hydrogen bonds are also responsible for zipping together the DNA double helix.

Like hydrogen bonds, van der Waals interactions are weak attractions or interactions between molecules. Van der Waals attractions can occur between any two or more molecules and are dependent on slight fluctuations of the electron densities, which are not always symmetrical around an atom.

For these attractions to happen, the molecules need to be very close to one another. These bonds—along with ionic, covalent, and hydrogen bonds—contribute to the three-dimensional structure of the proteins in our cells that is necessary for their proper function.