We have mentioned that both mitochondria and chloroplasts contain DNA and ribosomes. Have you wondered why? Strong evidence points to endosymbiosis as the explanation.

This relationship is beneficial for us because we are unable to synthesize vitamin K. It is also beneficial for the microbes because they are protected from other organisms and from drying out, and they receive abundant food from the environment of the large intestine.

Scientists have long noticed that bacteria, mitochondria, and chloroplasts are similar in size. We also know that bacteria have DNA and ribosomes, just as mitochondria and chloroplasts do. Scientists believe that host cells and bacteria formed an endosymbiotic relationship when the host cells ingested both aerobic and autotrophic bacteria (cyanobacteria) but did not destroy them (see image below). 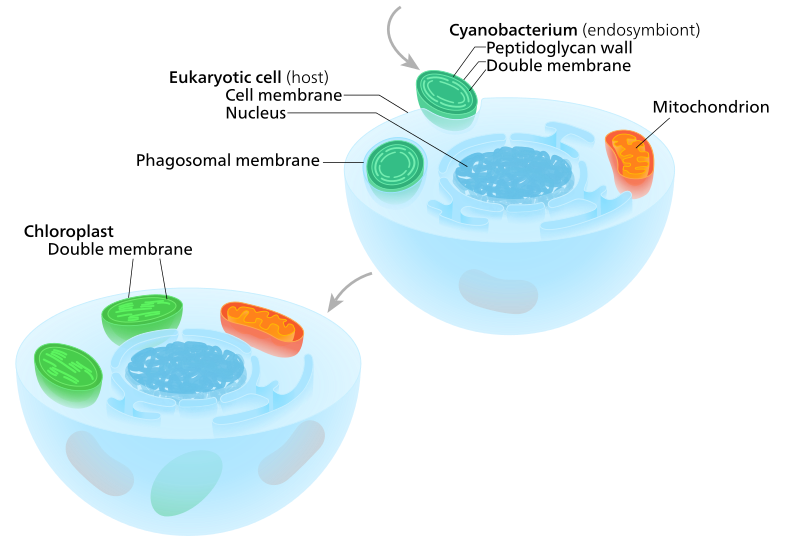 Endosymbiotic theory attempts to explain the origins of eukaryotic cell organelles such as mitochondria in animals and fungi and chloroplasts in plants. The seminal work of biologist Lynn Margulis greatly advanced the theory in the 1960s.

This is a lesson from the tutorial, Cell Structure and you are encouraged to log in or register, so that you can track your progress.