How many different types of cells are there?

There are many different types of cells. For example, in you there are blood cells and skin cells and bone cells and even bacteria. Here we have drawings of bacteria and human cells. Can you tell which depicts various types of bacteria? However, all cells – whether from bacteria, human, or any other organism – will be one of two general types. In fact, all cells other than bacteria will be one type, and bacterial cells will be the other. And it all depends on how the cell stores its DNA.

There is another basic cell structure that is present in many but not all living cells: the nucleus. The nucleus of a cell is a structure in the cytoplasm that is surrounded by a membrane (the nuclear membrane) and contains, and protects, most of the cell’s DNA. Based on whether they have a nucleus, there are two basic types of cells: prokaryotic cells and eukaryotic cells. You can watch animations of both types of cells at the link below. 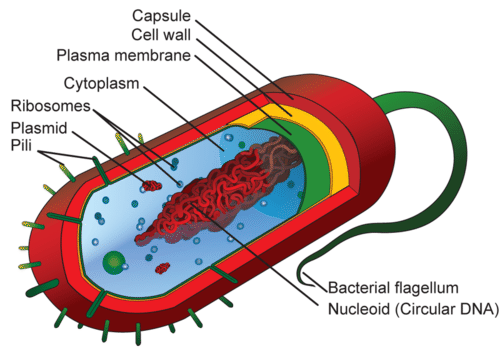 Prokaryotic Cell. This diagram shows the structure of a typical prokaryotic cell, a bacterium. Like other prokaryotic cells, this bacterial cell lacks a nucleus but has other cell parts, including a plasma membrane, cytoplasm, ribosomes, and DNA. Identify each of these parts in the diagram. 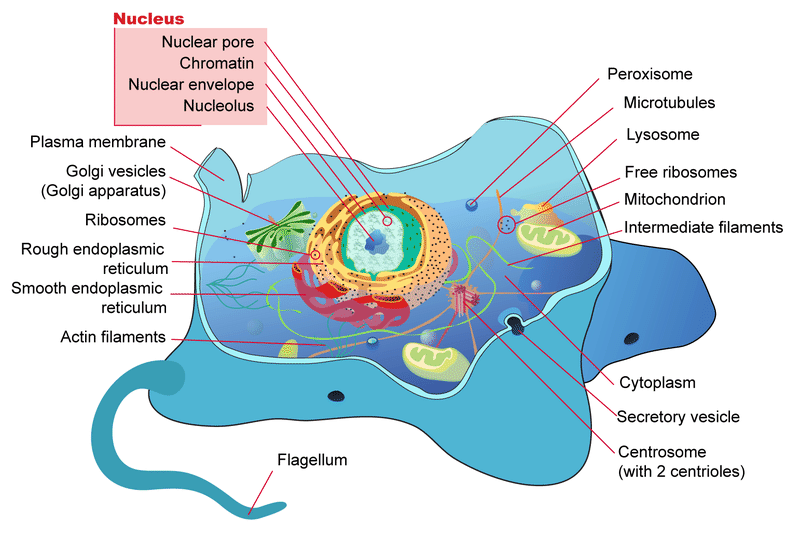 Eukaryotic Cell. Compare and contrast the eukaryotic cell shown here with the prokaryotic cell. What similarities and differences do you see?

In some ways, a cell resembles a plastic bag full of Jell-O. Its basic structure is a plasma membrane filled with cytoplasm. Like Jell-O containing mixed fruit, the cytoplasm of the cell also contains various structures, such as a nucleus and other organelles.