What do plants have to do that animals don’t?

Many plant cells are green. Why? Plant cells also usually have a distinct shape. The rigid exterior around the cells is necessary to allow the plants to grow upright. Animal cells do not have these rigid exteriors. There are other distinct differences between plant and animal cells. These will be the focus of this concept.

Most organelles are common to both animal and plant cells. However, plant cells also have features that animal cells do not have: a cell wall, a large central vacuole, and plastids such as chloroplasts.

Plants have very different lifestyles from animals, and these differences are apparent when you examine the structure of the plant cell. Plants make their own food in a process called photosynthesis. They take in carbon dioxide (CO2) and water (H2O) and convert them into sugars. The features unique to plant cells can be seen in the figure below. 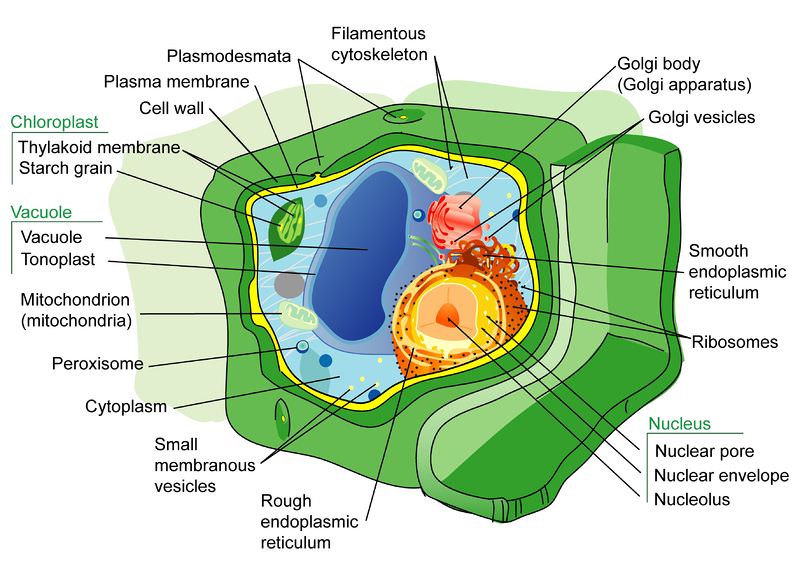 The central vacuole contains large amounts of a liquid called cell sap, which differs in composition to the cell cytosol. Cell sap is a mixture of water, enzymes, ions, salts, and other substances. Cell sap may also contain toxic byproducts that have been removed from the cytosol. Toxins in the vacuole may help to protect some plants from being eaten.

Plant plastids are a group of closely related membrane-bound organelles that carry out many functions. They are responsible for photosynthesis, for storage of products such as starch, and for the synthesis of many types of molecules that are needed as cellular building blocks. Plastids have the ability to change their function between these and other forms. Plastids contain their own DNA and some ribosomes, and scientists think that plastids are descended from photosynthetic bacteria that allowed the first eukaryotes to make oxygen. The main types of plastids and their functions are: 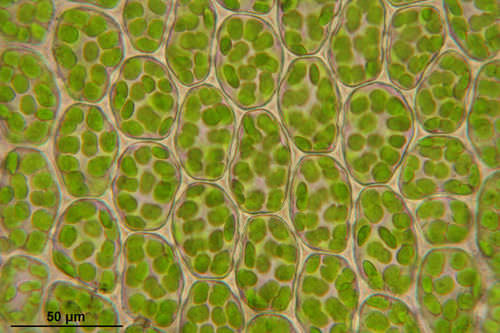 Chloroplasts capture light energy from the sun and use it with water and carbon dioxide to produce sugars for food. Chloroplasts look like flat discs and are usually 2 to 10 micrometers in diameter and 1 micrometer thick. A model of a chloroplast is shown in the figure below. The chloroplast is enclosed by an inner and an outer phospholipid membrane. Between these two layers is the intermembrane space. The fluid within the chloroplast is called the stroma, and it contains one or more molecules of small, circular DNA. The stroma also has ribosomes. Within the stroma are stacks of thylakoids, sub-organelles that are the site of photosynthesis. The thylakoids are arranged in stacks called grana (singular: granum). A thylakoid has a flattened disk shape. Inside it is an empty area called the thylakoid space or lumen. Photosynthesis takes place on the thylakoid membrane. 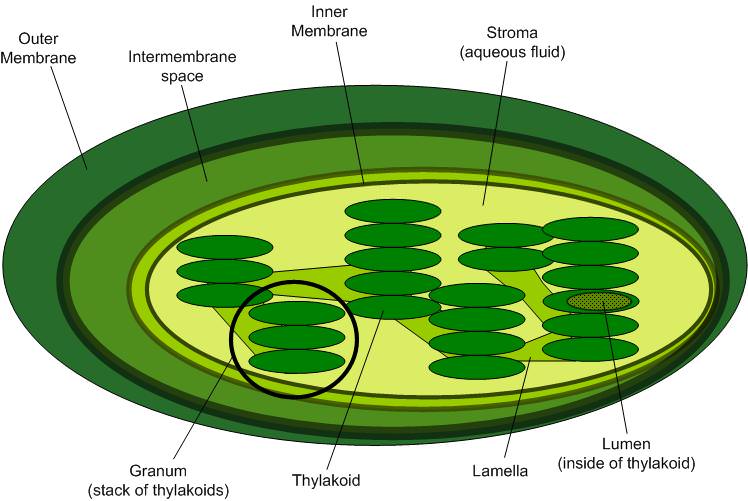 The internal structure of a chloroplast, with a granal stack of thylakoids circled.