What is meant by the “division of the nucleus”?

What do you think this colorful picture shows? If you guessed that it’s a picture of a cell undergoing cell division, you are right. But more specifically, the image is a lung cell stained with fluorescent dyes undergoing mitosis, during early anaphase.

During mitosis, when the nucleus divides, the two chromatids that make up each chromosome separate from each other and move to opposite poles of the cell. This is shown in the figure below. 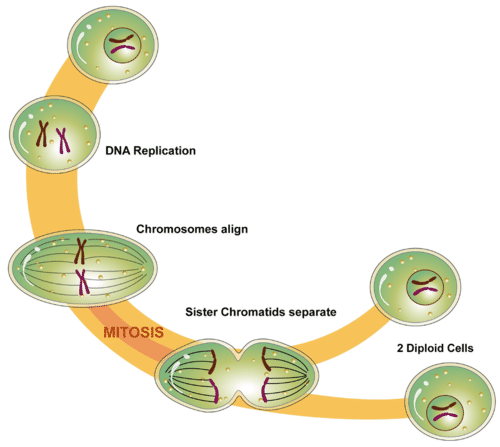 Mitosis is the phase of the eukaryotic cell cycle that occurs between DNA replication and the formation of two daughter cells. What happens during mitosis?

Mitosis actually occurs in four phases. The phases are called prophase, metaphase, anaphase, and telophase. They are shown in the figure below and described in greater detail in the following sections. 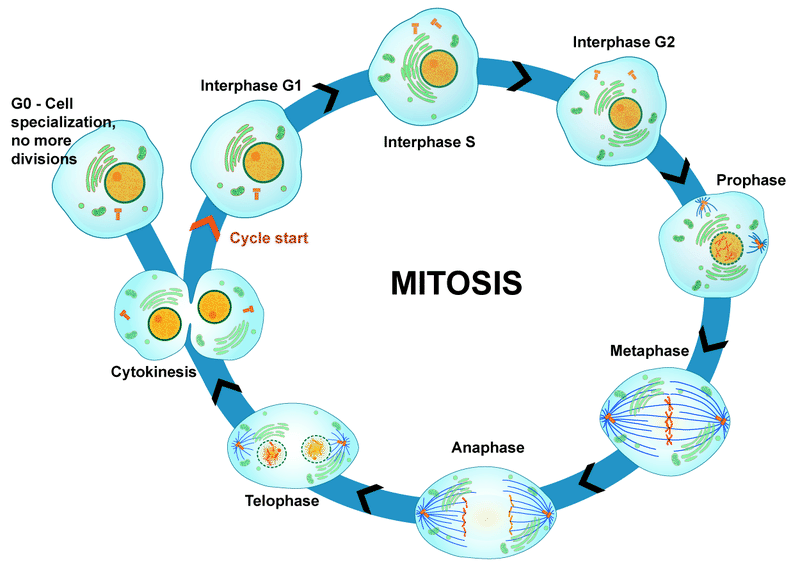 Mitosis in the Eukaryotic Cell Cycle. Mitosis is the multi-phase process in which the nucleus of a eukaryotic cell divides.

The first and longest phase of mitosis is prophase. During prophase, chromatin condenses into chromosomes, and the nuclear envelope, or membrane, breaks down. In animal cells, the centrioles near the nucleus begin to separate and move to opposite poles (sides) of the cell. As the centrioles move, a spindle starts to form between them. The spindle, shown in the figure below, consists of fibers made of microtubules. 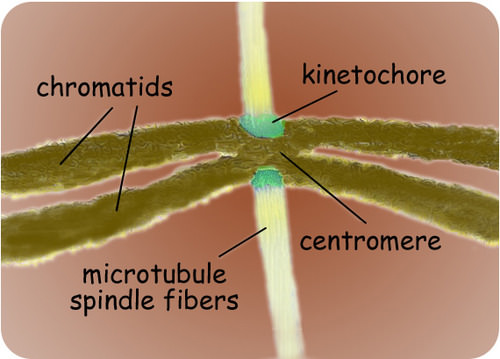 Spindle. The spindle starts to form during prophase of mitosis. Kinetochores on the spindle attach to the centromeres of sister chromatids. 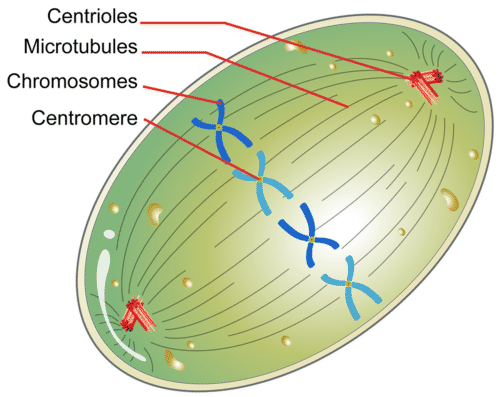 Chromosomes, consisting of sister chromatids, line up at the equator or middle of the cell during metaphase.

During telophase, the chromosomes begin to uncoil and form chromatin. This prepares the genetic material for directing the metabolic activities of the new cells. The spindle also breaks down, and new nuclear membranes (nuclear envelope) form.

Cytokinesis is the final stage of cell division in eukaryotes as well as prokaryotes. During cytokinesis, the cytoplasm splits in two and the cell divides. Cytokinesis occurs somewhat differently in plant and animal cells, as shown in the figure below. In animal cells, the plasma membrane of the parent cell pinches inward along the cell’s equator until two daughter cells form. In plant cells, a cell plate forms along the equator of the parent cell. Then, a new plasma membrane and cell wall form along each side of the cell plate. 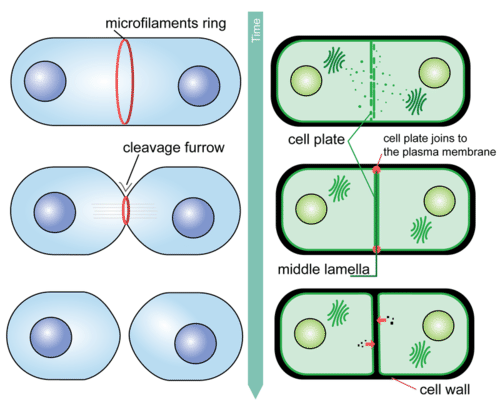 Cytokinesis is the final stage of eukaryotic cell division. It occurs differently in animal (left) and plant (right) cells. 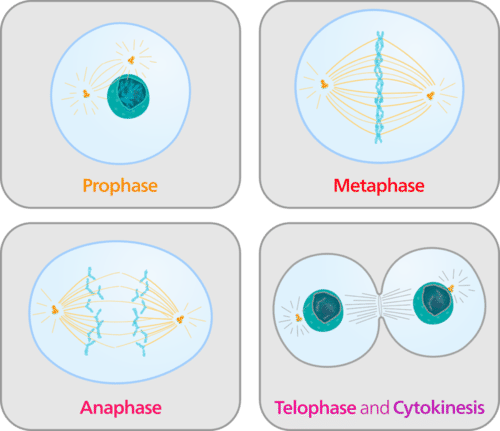 The four phases of mitosis. Can you describe what happens in each phase?