What helps ensure the survival of a species?

Genetic variation. It is this variation that is the essence of evolution. Without genetic differences among individuals, “survival of the fittest” would not be likely. Either all survive, or all perish.

All of these mechanisms working together result in an amazing amount of potential variation. Each human couple, for example, has the potential to produce more than 64 trillion genetically unique children. No wonder we are all different! 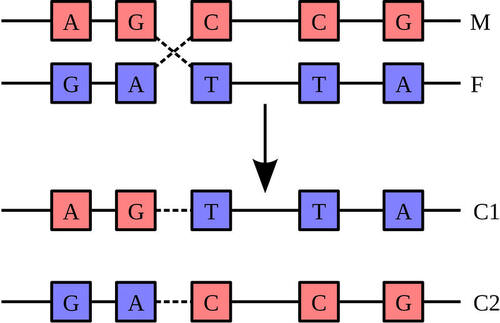 In humans, there are over 8 million configurations in which the chromosomes can line up during metaphase I of meiosis. It is the specific processes of meiosis, resulting in four unique haploid cells, that result in these many combinations. This independent assortment, in which the chromosome inherited from either the father or mother can sort into any gamete, produces the potential for tremendous genetic variation. Together with random fertilization, more possibilities for genetic variation exist between any two people than the number of individuals alive today.

Leeches seem like disgusting creatures with little intelligence. But, in this video by , Dr. Mark Siddall discusses his research on leeches and some of their interesting properties.