The eukaryotic cell spends most of its “life” in interphase of the cell cycle, which can be subdivided into the three phases, G1, S and G2. During interphase, the cell does what it is supposed to do. Though cells have many common functions, such as DNA replication, they also have certain specific functions. That is, during the life of a heart cell, the cell would obviously perform certain different activities than a kidney cell or a liver cell.

The diagram in the figure below represents the cell cycle of a eukaryotic cell. As you can see, the eukaryotic cell cycle has several phases. The mitotic phase (M) actually includes both mitosis and cytokinesis. This is when the nucleus and then the cytoplasm divide. The other three phases (G1, S, and G2) are generally grouped together as interphase. During interphase, the cell grows, performs routine life processes, and prepares to divide. These phases are discussed below. 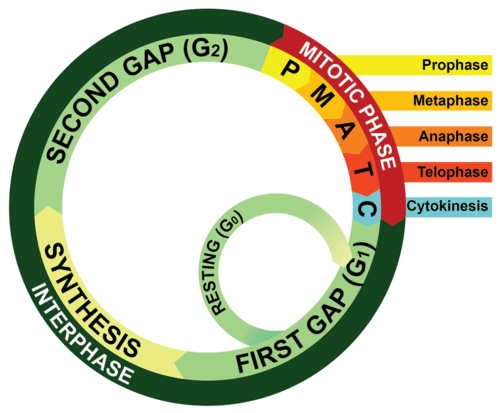 Interphase of the eukaryotic cell cycle can be subdivided into the following three phases, which are represented in the figure above:

Control of the Cell Cycle 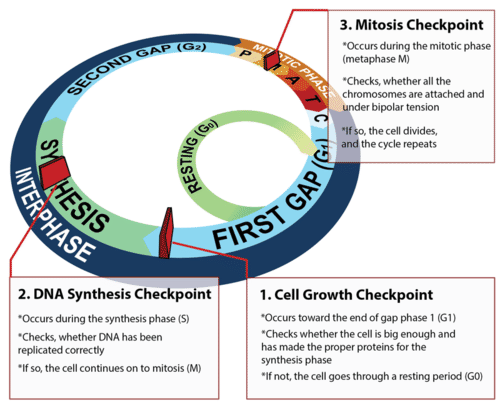 Checkpoints in the eukaryotic cell cycle ensure that the cell is ready to proceed before it moves on to the next phase of the cycle.

Cancer and the Cell Cycle

Cancer is a disease that occurs when the cell cycle is no longer regulated. This may happen because a cell’s DNA becomes damaged. Damage can occur due to exposure to hazards such as radiation or toxic chemicals. Cancerous cells generally divide much faster than normal cells. They may form a mass of abnormal cells called a tumor (see the figure below). The rapidly dividing cells take up nutrients and space that normal cells need. This can damage tissues and organs and eventually lead to death. 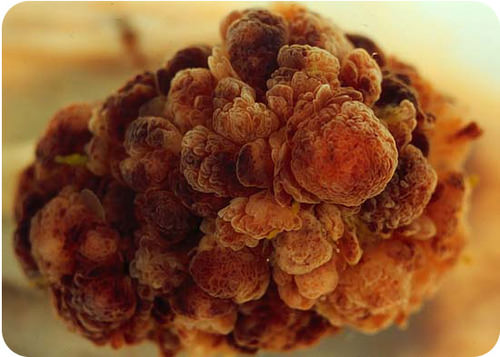 These cells are cancer cells, growing out of control and forming a tumor.