Radiation hybrid mapping uses radiation, such as x-rays, to break the DNA into fragments. The amount of radiation can be adjusted to create smaller or larger fragments. This technique overcomes the limitation of genetic mapping and is not affected by increased or decreased recombination frequency. Sequence mapping resulted from DNA sequencing technology that allowed for the creation of detailed physical maps with distances measured in terms of the number of base pairs.

The creation of genomic libraries and complementary DNA (cDNA) libraries (collections of cloned sequences or all DNA from a genome) has sped up the process of physical mapping. A genetic site used to generate a physical map with sequencing technology (a sequence-tagged site, or STS) is a unique sequence in the genome with a known exact chromosomal location. An expressed sequence tag (EST) and a single sequence length polymorphism (SSLP) are common STSs. An EST is a short STS that is identified with cDNA libraries, while SSLPs are obtained from known genetic markers and provide a link between genetic maps and physical maps. 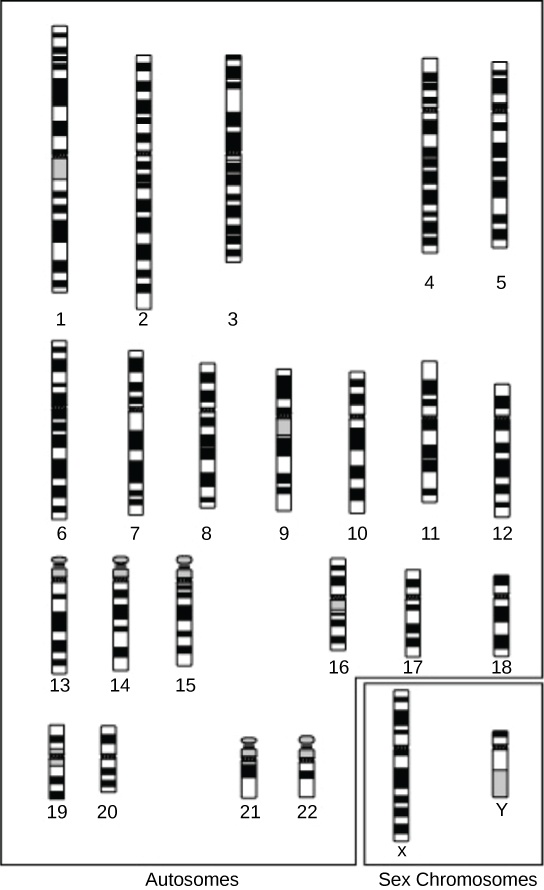 A cytogenetic map shows the appearance of a chromosome after it is stained and examined under a microscope. (credit: National Human Genome Research Institute)

This is a lesson from the tutorial, Biotechnology and Genomics and you are encouraged to log in or register, so that you can track your progress.