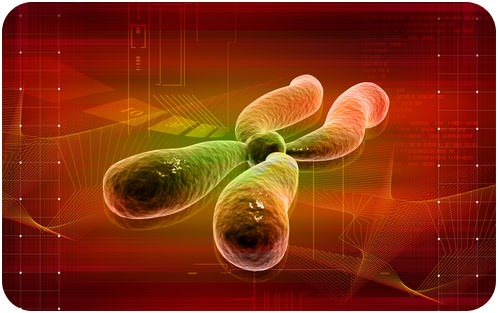 Characteristics of life are controlled by genes, which are passed from parents to offspring, and are located on chromosomes, like the one shown here, that are found in every cell. The gene theory is one of the unifying principles of biology.

Four unifying principles form the basis of biology. Whether biologists are interested in ancient life, the life of bacteria, or how humans could live on the moon, they base their overall understanding of biology on these four principles:

The gene theory is the idea that the characteristics of living organisms are controlled by genes, which are passed from parents to their offspring. A gene is a segment of DNA that has the instructions to encode a protein. Genes are located on larger structures, called chromosomes, that are found inside every cell. Chromosomes, in turn, contain large molecules known as DNA (deoxyribonucleic acid). Molecules of DNA are encoded with instructions that tell cells what to do.

As living things evolve, they generally become better suited for their environment. This is because they evolve adaptations. An adaptation is a characteristic that helps a living thing survive and reproduce in a given environment. Look at the mole in Figure below. It has tentacles around its nose that it uses to sense things by touch. The mole lives underground in the soil, where it is always dark. However, by using its touch organ, it can detect even tiny food items in the soil in total darkness. The touch organ is an adaptation because it helps the mole survive in its dark, underground environment. 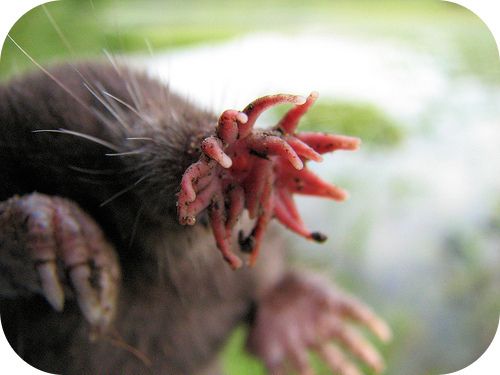 This mole uses its star-shaped nose organ to sense food by touch in the dark. The mole’s very large front claws are also an adaptation for its life in the soil. Can you explain why? Credit: Flickr:gordonramsaysubmissions; CC BY 2.0