Lipids include a diverse group of compounds that are largely non-polar in nature. This is because they are hydrocarbons that include mostly non-polar carbon–carbon or carbon–hydrogen bonds. Non-polar molecules are hydrophobic (“water fearing”), or insoluble in water. Lipids perform many different functions in a cell. In fact, cells store energy for long-term use in the form of fats.

Lipids also provide insulation from the environment for plants and animals (see image below). For example, they help keep aquatic birds and mammals dry when forming a protective layer over fur or feathers because of their water-repellent hydrophobic nature. In addition, lipids are also the building blocks of many hormones and are an important constituent of all cellular membranes. Lipids include fats, oils, waxes, phospholipids, and steroids. 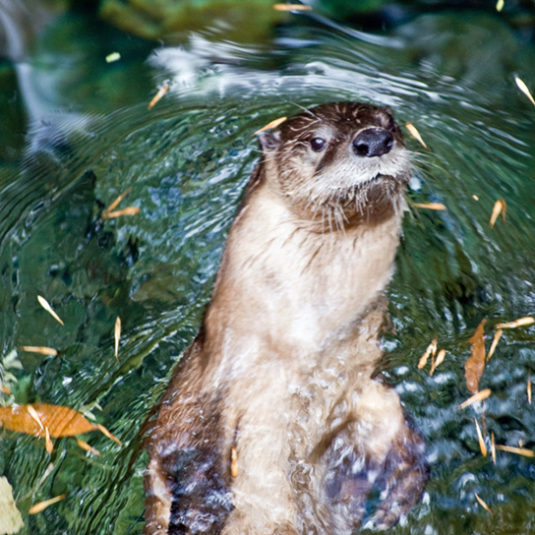 Hydrophobic lipids in the fur of aquatic mammals, such as this river otter, protect them from the elements. Image Attribution: Ken Bosma / OpenStax Biology