Polymers are broken down into monomers in a process known as hydrolysis, which means to split water. Basically, hydrolysis is a reaction in which a water molecule is used during the breakdown (see image below). During these reactions, the polymer is broken into two components. One part gains a hydrogen atom (H+) and the other gains a hydroxyl molecule (OH–) from a split water molecule.

In the hydrolysis reaction shown here, the disaccharide maltose is broken down to form two glucose monomers with the addition of a water molecule. Note that this reaction is the reverse of the synthesis reaction above. Image Attribution: OpenStax Biology

For example, in our bodies, food is hydrolyzed, or broken down, into smaller molecules by catalytic enzymes in the digestive system. In fact, this allows for easy absorption of nutrients by cells in the intestine. Each macromolecule is broken down by a specific enzyme. For instance, carbohydrates are broken down by amylase, sucrase, lactase, or maltase. Human saliva is rich in amylase. 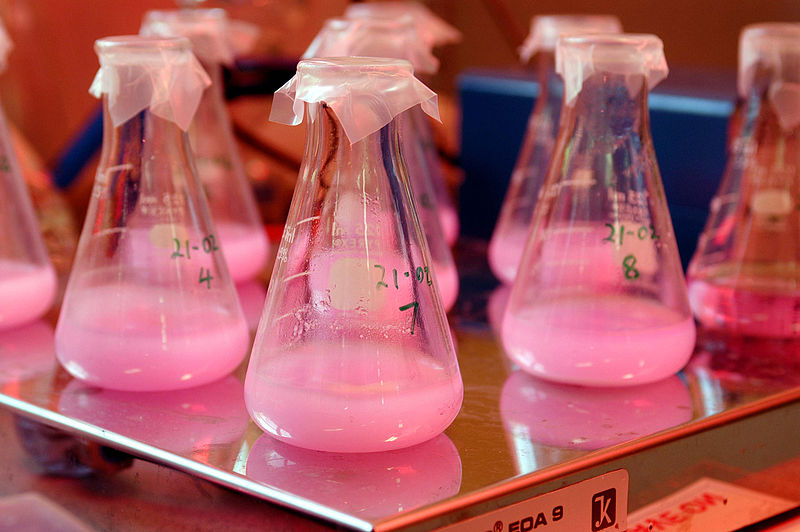 The video below by Ricochet Science is a quick and easy overview of hydrolysis and dehydration synthesis.

This article is a modified derivative of "Synthesis of Biological Macromolecules," by OpenStax College, Biology, CC BY 4.0. Download the article for free at http://cnx.org/contents/185cbf87-c72e-48f5-b51e-f14f21b5eabd@10.99.