Sucrose forms when a monomer of glucose and a monomer of fructose join in a dehydration reaction to form a glycosidic bond. Basically, a water molecule is lost in the process. By convention, we number the carbon atoms in a monosaccharide from the terminal carbon closest to the carbonyl group. In sucrose, a glycosidic linkage forms between carbon 1 in glucose and carbon 2 in fructose. Image Attribution: OpenStax Biology / CC BY 4.0

A covalent bond formed between a carbohydrate molecule and another molecule (in this case, between two monosaccharides) is known as a glycosidic bond (see image above). Glycosidic bonds (also called glycosidic linkages) can be of the alpha or the beta type. 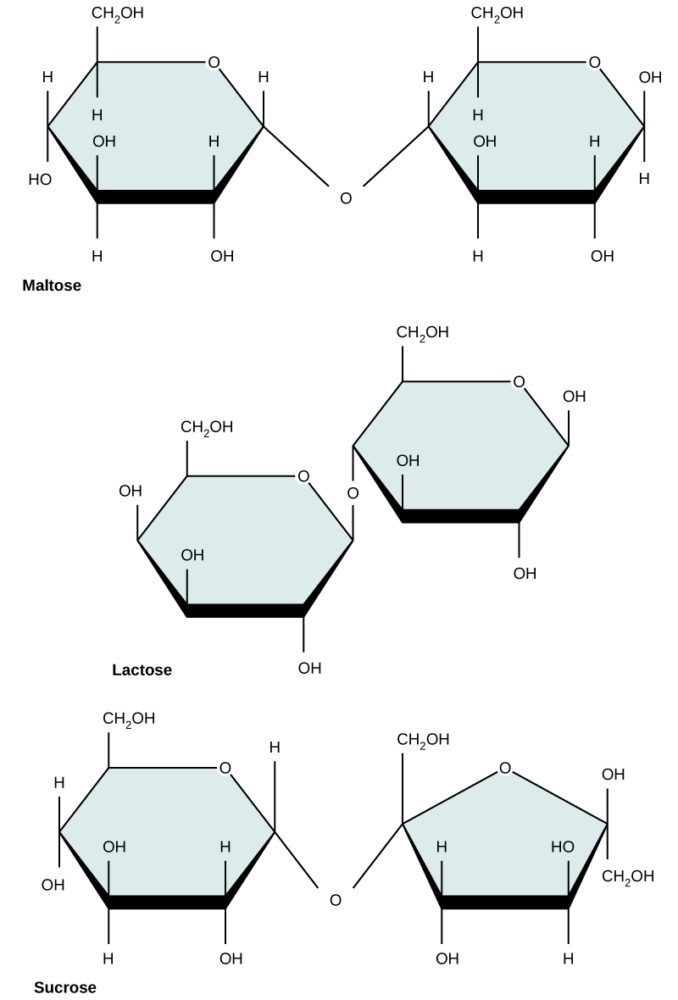