Classifying Elements on the Periodic Table

Sorting into Metals, Nonmetals and Metalloids 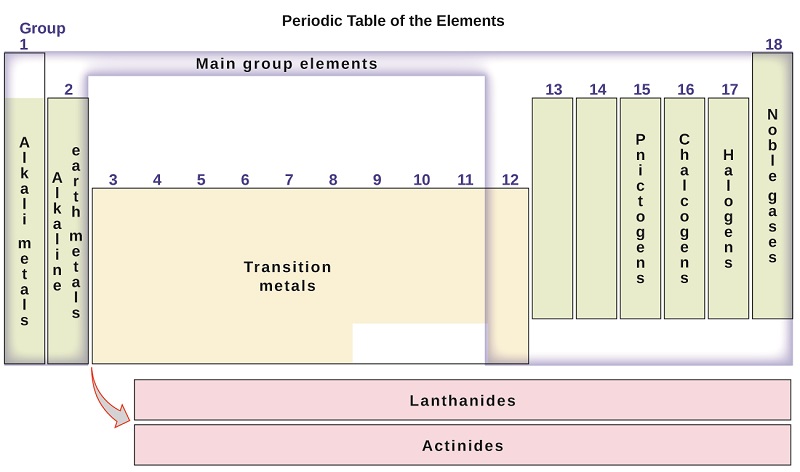 Other groups with specific names are the pnictogens (group 15), chalcogens (group 16), halogens (group 17), and the noble gases (group 18, also known as inert gases). The groups can also be referred to by the first element of the group: For example, the chalcogens can be called the oxygen group or oxygen family. Hydrogen is a unique, nonmetallic element with properties similar to both group 1 and group 17 elements. For that reason, hydrogen may be shown at the top of both groups, or by itself.

You might be interested in the Royal Society of Chemistry website which provides an interactive periodic table, which you can use to explore the properties of the elements and includes podcasts and videos of each element.

The family names are as follows:

In studying the periodic table, you might have noticed something about the atomic masses of some of the elements. Element 43 (technetium), element 61 (promethium), and most of the elements with atomic number 84 (polonium) and higher have their atomic mass given in square brackets.

This is done for elements that consist entirely of unstable, radioactive isotopes (you will learn more about radioactivity as you study nuclear chemistry). An average atomic weight cannot be determined for these elements because their radioisotopes may vary significantly in relative abundance, depending on the source, or may not even exist in nature. The number in square brackets is the atomic mass number (and approximate atomic mass) of the most stable isotope of that element.