Functions of the Legislature

General Functions of the Legislature

The first and foremost function of a legislature is to legislate i.e. to make laws. In ancient times, laws used to be either derived from customs, traditions and religious scriptures, or were issued by the kings as their commands. However, in the contemporary era of democracy, legislature is the chief source of law. It is the legislature which formulates the will of the state into laws and gives it a legal character. Legislature transforms the demands of the people into authoritative laws/statutes.

To deliberate upon matters of national importance, public issues, problems and needs is an important function of a modern legislature. Through this function, the legislature reflects the public opinion over various issues. The debates held in the legislature have a great educative value for the people.

Not only the legislature passes the budget but also it alone can approve the imposition, or repeal or collection of any tax whatsoever. Further, the legislature maintains a control over all financial transactions and expenditures incurred by the executive.

4. Control over the Executive:

In almost every state in many countries, it is the legislature which has the power to amend the constitution. For this purpose, the legislature has to pass special laws, called amendments, in accordance with the procedure laid down in the Constitution. In some states, the requirement is that the legislature must pass the amendment with two-thirds or three-fourths or an absolute majority of votes.

The Legislature’s oversight powers are contained in Sections 82-89 of the Nigerian constitution with regard to the National Assembly, and 120-128 with regard to the state Houses of Assembly, i.e. supervising the other arms of government to ensure that they implement government policies and programmes as contained in the Nigerian Annual Appropriation Act/Law of Government.

It is customary to give some judicial power to the legislature. Usually, the legislature is assigned to act as a court of impeachment i.e. as an investigating court for trying high public officials on charges of treason, misdemeanor and high crimes and remove them from office. It also has the power to pass a resolution for the removal of Judges of the Supreme Court and of the High Court’s on the ground of misbehavior or incapacity.

A legislature acts as the highest forum for ventilation of public grievances against the executive. Besides representing every interest and shade of opinion, the legislature acts as the national forum for expressing public opinion, public grievances and public aspirations. Parliamentary or house debates and discussions throw a flood light over various issues of public importance. Representation is the function of protecting the interest of the constituents or people represented by being their eyes, ears and voice in governance.

Thus the legislative organs of the government play a very important and active role in the exercise of the sovereign power of the state. In fact legislature is the legal sovereign in the State. It has the power to transform any decision of the state into a law. Legislature is the chief source of law. It is the mirror of national public opinion and the symbol of the power of the people.

Some More Specific Functions of the Nigerian National Assembly

The Nigerian National Assembly has broad oversight functions as stated above and is empowered to establish committees of its members to scrutinise bills and the conduct of government officials. Since the restoration of democratic rule in 1999, the Assembly has been said to be a “learning process” that has witnessed the election and removal of several Presidents of the Senate, allegations of corruption, slow passage of private member’s bills and the creation of ineffective committees to satisfy numerous interests. 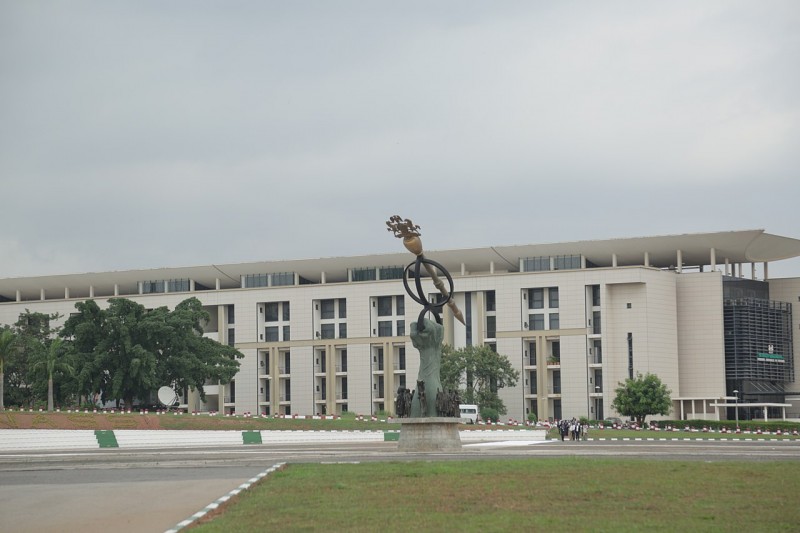 In spite of a more than two-thirds majority control of the Assembly by the then ruling People’s Democratic Party (PDP), the PDP government led by Dr. Goodluck Ebele Jonathan and the Assembly have been known more for their disagreements than for their cooperation. The Former President Goodluck Ebele Azikiwe Jonathan has been accused of being slow to implement policy.

While the National Assembly has made strong and often popular efforts to assert its authority and independence against the executive, it is still viewed generally in a negative light by the media and many of the Nigerian people. The Assembly sits for a period of at most four years, after which time the President is required to dissolve it and call a new Assembly into session.

The Senate has the unique power to impeach judges and other high officials of the executive including the Federal Auditor-General and the members of the electoral and revenue commissions. This power is, however, subject to prior request by the President. The Senate also confirms the President’s nomination of senior diplomats, members of the federal cabinet, federal judicial appointments and independent federal commissions.

Before any bill may become law, it must be agreed to by both the House and the Senate, and receive the President’s assent. Should the President delay or refuse assent (veto) the bill, the Assembly may pass the law by two-thirds of both chambers and overrule the veto and the President’s consent will not be required. The present Assembly has not hidden its preparedness to overrule the executive where they disagree.

This is a lesson from the tutorial, Arms of Government and you are encouraged to log in or register, so that you can track your progress.