Heat can be exchanged between an animal and its environment through four mechanisms: radiation, evaporation, convection, and conduction (see the figure below). Radiation is the emission of electromagnetic “heat” waves. Heat comes from the sun in this manner and radiates from dry skin the same way. Heat can be removed with liquid from a surface during evaporation. This occurs when a mammal sweats. Convection currents of air remove heat from the surface of dry skin as the air passes over it. Heat will be conducted from one surface to another during direct contact with the surfaces, such as an animal resting on a warm rock. 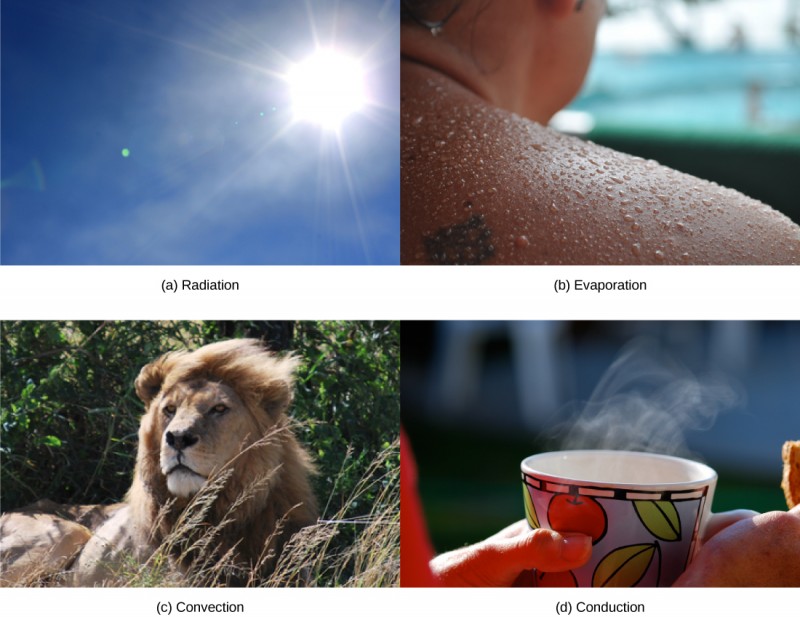 This is a lesson from the tutorial, Animal Basic Form and Function and you are encouraged to log in or register, so that you can track your progress.