The Fourth Amendment sits at the boundary between general individual freedoms and the rights of those suspected of crimes. We saw earlier that perhaps it reflects James Madison’s broader concern about establishing an expectation of privacy from government intrusion at home. Another way to think of the Fourth Amendment is that it protects us from overzealous efforts by law enforcement to root out crime by ensuring that police have good reason before they intrude on people’s lives with criminal investigations.

The text of the Fourth Amendment is as follows:

“The right of the people to be secure in their persons, houses, papers, and effects, against unreasonable searches and seizures, shall not be violated, and no Warrants shall issue, but upon probable cause, supported by Oath or affirmation, and particularly describing the place to be searched, and the persons or things to be seized.”

The amendment places limits on both searches and seizures: Searches are efforts to locate documents and contraband. Seizures are the taking of these items by the government for use as evidence in a criminal prosecution (or, in the case of a person, the detention or taking of the person into custody).

In either case, the amendment indicates that government officials are required to apply for and receive a search warrant prior to a search or seizure; this warrant is a legal document, signed by a judge, allowing police to search and/or seize persons or property. Since the 1960s, however, the Supreme Court has issued a series of rulings limiting the warrant requirement in situations where a person can be said to lack a “reasonable expectation of privacy” outside the home. Police can also search and/or seize people or property without a warrant if the owner or renter consents to the search, if there is a reasonable expectation that evidence may be destroyed or tampered with before a warrant can be issued (i.e., exigent circumstances), or if the items in question are in plain view of government officials.

Furthermore, the courts have found that police do not generally need a warrant to search the passenger compartment of a car, or to search people entering the United States from another country.

When a warrant is needed, law enforcement officers do not need enough evidence to secure a conviction, but they must demonstrate to a judge that there is probable cause to believe a crime has been committed or evidence will be found. Probable cause is the legal standard for determining whether a search or seizure is constitutional or a crime has been committed; it is a lower threshold than the standard of proof at a criminal trial.

Critics have argued that this requirement is not very meaningful because law enforcement officers are almost always able to get a search warrant when they request one; on the other hand, since we wouldn’t expect the police to waste their time or a judge’s time trying to get search warrants that are unlikely to be granted, perhaps the high rate at which they get them should not be so surprising. 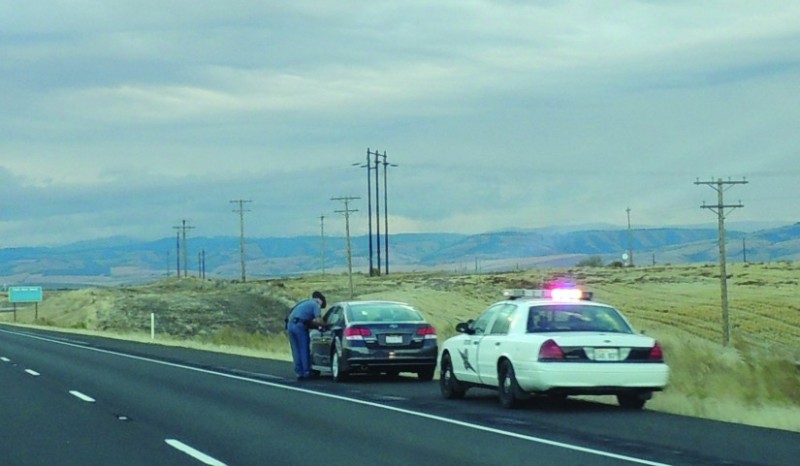 What happens if the police conduct an illegal search or seizure without a warrant and find evidence of a crime? In the 1961 Supreme Court case Mapp v. Ohio, the court decided that evidence obtained without a warrant that didn’t fall under one of the exceptions mentioned above could not be used as evidence in a state criminal trial, giving rise to the broad application of what is known as the exclusionary rule, which was first established in 1914 on a federal level in Weeks v. United States.

The exclusionary rule doesn’t just apply to evidence found or to items or people seized without a warrant (or falling under an exception noted above); it also applies to any evidence developed or discovered as a result of the illegal search or seizure.

For example, if police search your home without a warrant, find bank statements showing large cash deposits on a regular basis, and discover you are engaged in some other crime in which they were previously unaware (e.g., blackmail, drugs, or prostitution), not only can they not use the bank statements as evidence of criminal activity—they also can’t prosecute you for the crimes they discovered during the illegal search. This extension of the exclusionary rule is sometimes called the “fruit of the poisonous tree,” because just as the metaphorical tree (i.e., the original search or seizure) is poisoned, so is anything that grows out of it.

However, like the requirement for a search warrant, the exclusionary rule does have exceptions. The courts have allowed evidence to be used that was obtained without the necessary legal procedures in circumstances where police executed warrants they believed were correctly granted but in fact were not (“good faith” exception), and when the evidence would have been found anyway had they followed the law (“inevitable discovery”).

The requirement of probable cause also applies to arrest warrants. A person cannot generally be detained by police or taken into custody without a warrant, although most states allow police to arrest someone suspected of a felony crime without a warrant so long as probable cause exists, and police can arrest people for minor crimes or misdemeanors they have witnessed themselves.

The first four amendments of the Bill of Rights protect citizens’ key freedoms from governmental intrusion. The First Amendment limits the government’s ability to impose certain religious beliefs on the people, or to limit the practice of one’s own religion. The First Amendment also protects freedom of expression by the public, the media, and organized groups via rallies, protests, and the petition of grievances. The Second Amendment today protects an individual’s right to keep and bear arms for personal defense in the home, while the Third Amendment limits the ability of the government to allow the military to occupy civilians’ homes except under extraordinary circumstances. Finally, the Fourth Amendment protects our persons, homes, and property from unreasonable searches and seizures, and it protects the people from unlawful arrests. However, all these provisions are subject to limitations, often to protect the interests of public order, the good of society as a whole, or to balance the rights of some citizens against those of others.