Slavery And The Civil War

Slavery and the Civil War

In the Declaration of Independence, Thomas Jefferson made the radical statement that “all men are created equal” and “are endowed by their Creator with certain unalienable Rights, that among these are Life, Liberty and the pursuit of Happiness.” Yet like other wealthy landowners of his time, Jefferson also owned dozens of other human beings as his personal property. He recognized this contradiction and personally considered the institution of slavery to be a “hideous blot” on the nation.

However, in order to forge a political union that would stand the test of time, he and the other founders—and later the framers of the Constitution—chose not to address the issue in any definitive way. Political support for abolition was very much a minority stance at the time, although after the Revolution many of the northern states did abolish slavery for a variety of reasons.

As the new United States expanded westward, however, the issue of slavery became harder to ignore and ignited much controversy. Many opponents of slavery were willing to accept the institution if it remained largely confined to the South but did not want it to spread westward. They feared the expansion of slavery would lead to the political dominance of the South over the North and would deprive small farmers in the newly acquired western territories who could not afford slaves.

Abolitionists, primarily in the North, also argued that slavery was both immoral and opposed basic U.S. values; they demanded an end to it.

The spread of slavery into the West seemed inevitable, however, following the Supreme Court’s ruling in the case Dred Scott v. Sandford. decided in 1857. Scott, who had been born into slavery but had spent time in free states and territories, argued that his temporary residence in a territory where slavery had been banned by the federal government had made him a free man. The Supreme Court rejected his argument. In fact, the Court’s majority stated that Scott had no legal right to sue for his freedom at all because blacks (whether free or slave) were not and could not become U.S. citizens. Thus, Scott lacked the standing to even appear before the court. The Court also held that Congress lacked the power to decide whether slavery would be permitted in a territory that had been acquired after the Constitution was ratified, in effect prohibiting the federal government from passing any laws that would limit the expansion of slavery into any part of the West.

Ultimately, of course, the issue was decided by the Civil War (1861–1865), with the southern states seceding to defend their “states’ rights” to determine their own destinies without interference by the federal government. Foremost among the rights claimed by the southern states was the right to decide whether their residents would be allowed to own slaves.

Although at the beginning of the war President Abraham Lincoln had been willing to allow slavery to continue in the South to preserve the Union, he changed his policies regarding abolition over the course of the war. The first step was the issuance of the Emancipation Proclamation on January 1, 1863. Although it stated “all persons held as slaves . . . henceforward shall be free,” the proclamation was limited in effect to the states that had rebelled. Slaves in states that had remained within the Union, such as Maryland and Delaware, and in parts of the Confederacy that were already occupied by the Union army, were not set free. Although slaves in states in rebellion were technically freed, because Union troops controlled relatively small portions of these states at the time, it was impossible to ensure that enslaved people were freed in reality and not simply on paper. 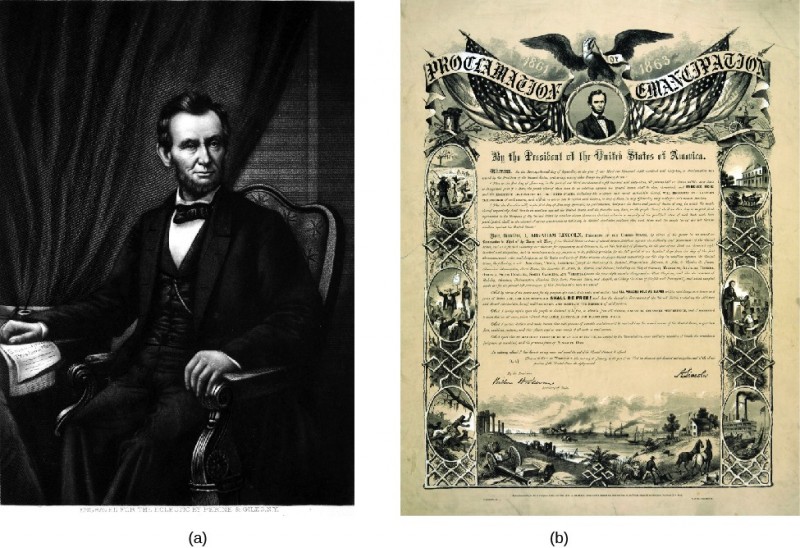