By the end of this section, you will be able to:

We can broadly divide the provisions of the Bill of Rights into three categories. The First, Second, Third, and Fourth Amendments protect basic individual freedoms; the Fourth (partly), Fifth, Sixth, Seventh, and Eighth protect people suspected or accused of criminal activity; and the Ninth and Tenth, are consistent with the framers’ view that the Bill of Rights is not necessarily an exhaustive list of all the rights people have and guarantees a role for state as well as federal government. 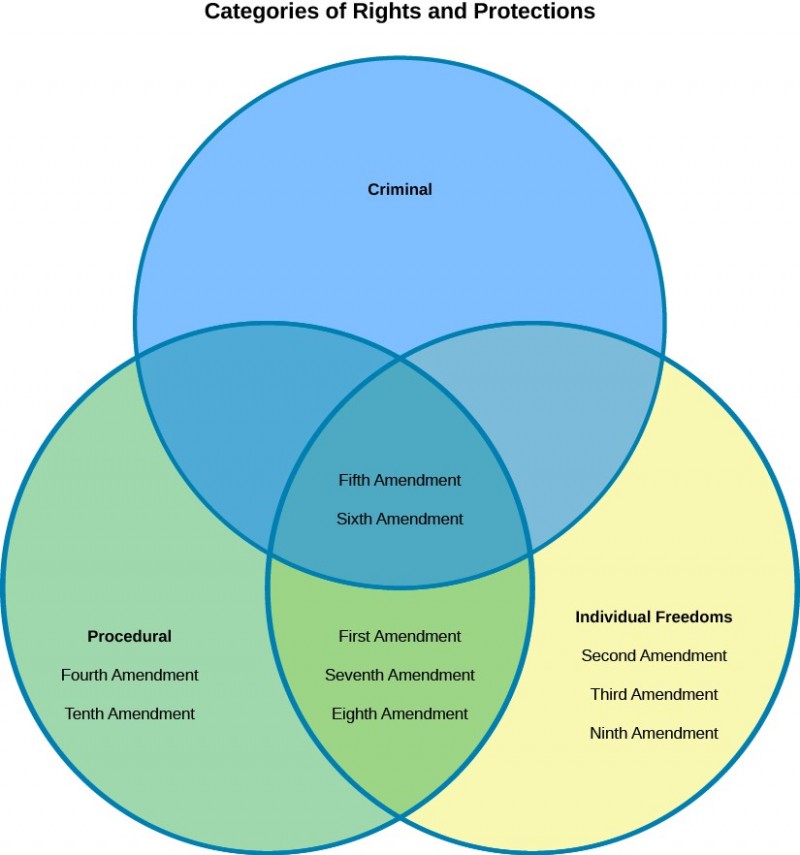 The First Amendment protects the right to freedom of religious conscience and practice and the right to free expression, particularly of political and social beliefs. The Second Amendment—perhaps the most controversial today—protects the right to defend yourself in your home or other property, as well as the collective right to protect the community as part of the militia. The Third Amendment prohibits the government from commandeering people’s homes to house soldiers, particularly in peacetime. Finally, the Fourth Amendment prevents the government from searching our persons or property or taking evidence without a warrant issued by a judge, with certain exceptions.