Government » American Civil Liberties and Rights » What Are Civil Rights and How Do We Identify Them?

Putting Civil Rights In The Constitution

Putting Civil Rights in the Constitution

At the time of the nation’s founding, of course, the treatment of many groups was unequal: hundreds of thousands of people of African descent were not free, the rights of women were decidedly fewer than those of men, and the native peoples of North America were generally not considered U.S. citizens at all. While the early United States was perhaps a more inclusive society than most of the world at that time, equal treatment of all was at best still a radical idea.

The aftermath of the Civil War marked a turning point for civil rights. The Republican majority in Congress was enraged by the actions of the reconstituted governments of the southern states. In these states, many former Confederate politicians and their sympathizers returned to power and attempted to circumvent the Thirteenth Amendment’s freeing of slaves by passing laws known as the black codes. These laws were designed to reduce former slaves to the status of serfs or indentured servants; blacks were not just denied the right to vote but also could be arrested and jailed for vagrancy or idleness if they lacked jobs. Blacks were excluded from public schools and state colleges and were subject to violence at the hands of whites. 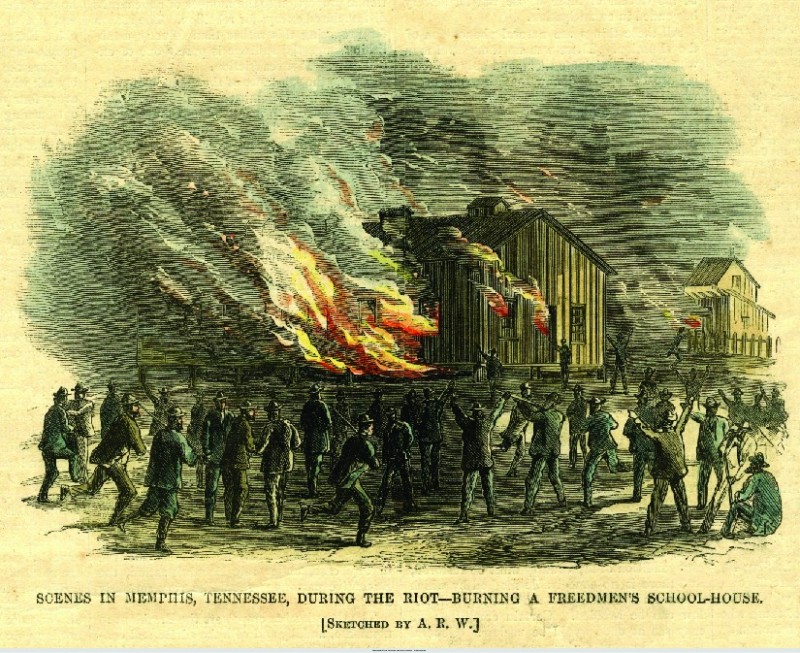 A school built by the federal government for former slaves burned after being set on fire during a race riot in Memphis, Tennessee, in 1866. White southerners, angered by their defeat in the Civil War and the loss of their slave property, attacked and killed former slaves, destroyed their property, and terrorized white northerners who attempted to improve the freed slaves’ lives.

To override the southern states’ actions, lawmakers in Congress proposed two amendments to the Constitution designed to give political equality and power to former slaves; once passed by Congress and ratified by the necessary number of states, these became the Fourteenth and Fifteenth Amendments. The Fourteenth Amendment, in addition to including the equal protection clause as noted above, also was designed to ensure that the states would respect the civil liberties of freed slaves. The Fifteenth Amendment was proposed to ensure the right to vote for black men, which will be discussed in more detail later in this tutorial.