Extending The Bill Of Rights To The States

Extending the Bill of Rights to the States

In the decades following the Constitution’s ratification, the Supreme Court declined to expand the Bill of Rights to curb the power of the states, most notably in the 1833 case of Barron v. Baltimore.

In this case, which dealt with property rights under the Fifth Amendment, the Supreme Court unanimously decided that the Bill of Rights applied only to actions by the federal government. Explaining the court’s ruling, Chief Justice John Marshall wrote that it was incorrect to argue that “the Constitution was intended to secure the people of the several states against the undue exercise of power by their respective state governments; as well as against that which might be attempted by their [Federal] government.” 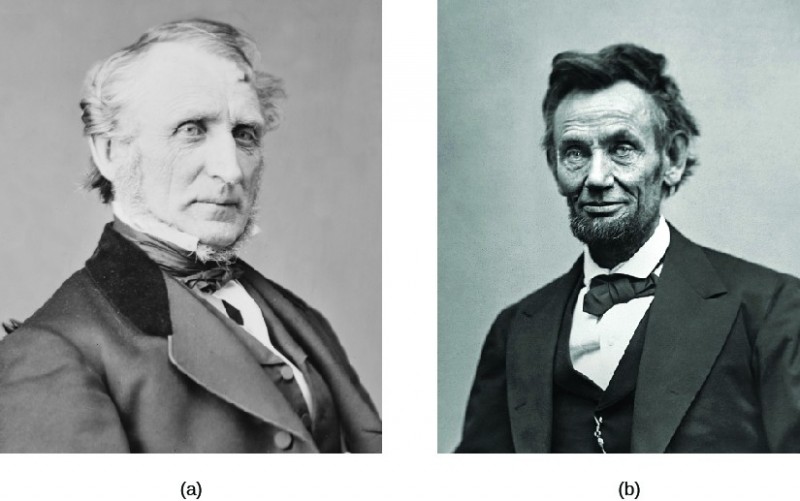 Representative John Bingham (R-OH) (a) is considered the author of the Fourteenth Amendment, adopted on July 9, 1868. Influenced by his mentor, Salmon P. Chase, Bingham was a strong supporter of the antislavery cause; after Chase lost the Republican presidential nomination to Abraham Lincoln (b), Bingham became one of the president’s most ardent supporters.

In the wake of the Civil War, however, the prevailing thinking about the application of the Bill of Rights to the states changed. Soon after slavery was abolished by the Thirteenth Amendment, state governments—particularly those in the former Confederacy—began to pass “black codes” that restricted the rights of former slaves and effectively relegated them to second-class citizenship under their state laws and constitutions. Angered by these actions, members of the Radical Republican faction in Congress demanded that the laws be overturned. In the short term, they advocated suspending civilian government in most of the southern states and replacing politicians who had enacted the black codes. Their long-term solution was to propose two amendments to the Constitution to guarantee the rights of freed slaves on an equal standing with whites; these rights became the Fourteenth Amendment, which dealt with civil liberties and rights in general, and the Fifteenth Amendment, which protected the right to vote in particular. But, the right to vote did not yet apply to women or to Native Americans.

With the ratification of the Fourteenth Amendment in 1868, civil liberties gained more clarification. First, the amendment says, “no State shall make or enforce any law which shall abridge the privileges or immunities of citizens of the United States,” which is a provision that echoes the privileges and immunities clause in Article IV, Section 2, of the original Constitution ensuring that states treat citizens of other states the same as their own citizens. (To use an example from today, the punishment for speeding by an out-of-state driver cannot be more severe than the punishment for an in-state driver). Legal scholars and the courts have extensively debated the meaning of this privileges or immunities clause over the years; some have argued that it was supposed to extend the entire Bill of Rights (or at least the first eight amendments) to the states, while others have argued that only some rights are extended. In 1999, Justice John Paul Stevens, writing for a majority of the Supreme Court, argued in Saenz v. Roe that the clause protects the right to travel from one state to another.

More recently, Justice Clarence Thomas argued in the 2010 McDonald v. Chicago ruling that the individual right to bear arms applied to the states because of this clause.

The second provision of the Fourteenth Amendment that pertains to applying the Bill of Rights to the states is the due process clause, which says, “nor shall any State deprive any person of life, liberty, or property, without due process of law.” This provision is similar to the Fifth Amendment in that it also refers to “due process,” a term that generally means people must be treated fairly and impartially by government officials (or with what is commonly referred to as substantive due process). Although the text of the provision does not mention rights specifically, the courts have held in a series of cases that it indicates there are certain fundamental liberties that cannot be denied by the states. For example, in Sherbert v. Verner (1963), the Supreme Court ruled that states could not deny unemployment benefits to an individual who turned down a job because it required working on the Sabbath.

For example, under the Fifth Amendment a person can be tried in federal court for a felony—a serious crime—only after a grand jury issues an indictment indicating that it is reasonable to try the person for the crime in question. (A grand jury is a group of citizens charged with deciding whether there is enough evidence of a crime to prosecute someone.) But the Supreme Court has ruled that states don’t have to use grand juries as long as they ensure people accused of crimes are indicted using an equally fair process.

Selective incorporation is an ongoing process. When the Supreme Court initially decided in 2008 that the Second Amendment protects an individual’s right to keep and bear arms, it did not decide then that it was a fundamental liberty the states must uphold as well. It was only in the McDonald v. Chicago case two years later that the Supreme Court incorporated the Second Amendment into state law. Another area in which the Supreme Court gradually moved to incorporate the Bill of Rights regards censorship and the Fourteenth Amendment. In Near v. Minnesota (1931), the Court disagreed with state courts regarding censorship and ruled it unconstitutional except in rare cases.[10]

The Bill of Rights is designed to protect the freedoms of individuals from interference by government officials. Originally these protections were applied only to actions by the national government; different sets of rights and liberties were protected by state constitutions and laws, and even when the rights themselves were the same, the level of protection for them often differed by definition across the states. Since the Civil War, as a result of the passage and ratification of the Fourteenth Amendment and a series of Supreme Court decisions, most of the Bill of Rights’ protections of civil liberties have been expanded to cover actions by state governments as well through a process of selective incorporation. Nonetheless there is still vigorous debate about what these rights entail and how they should be balanced against the interests of others and of society as a whole.