A call has gone to the faculty, staff and students of Covenant University (CU) to join in the sensitization scheme to ensure sustainability of the environment.

Professor Ajanaku noted that in as much as waste generation was inevitable; there was need for everyone to look inward on ways to harness the wastes in order to yield other products that would bring additional income. “Let us all join in the sensitization scheme to ensure sustainability of the environment,” he said. 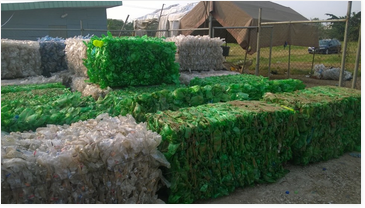 While explaining the waste management system, processing methods, business solutions, waste classification and what he called ‘key discipline in the University, Ajanaku hinted that the waste papers generated on campus were being recycled into Tissue papers while the organic wastes were used to enrich the soil at the University farm.

He added that the pet bottles were crushed and transported for further processing. This, according to him, ensures clean, safe and eco-friendly environment, generate employment, create platform for entrepreneurial studies for the students and encourage innovative industry collaboration to drive the ReCITe agenda of the University.

On his part, Dr. Lekan Amusan of the Department of Building Technology, charged the participants who were largely faculty and staff of the College, to develop their emotional intelligence in order to impart and replicate greatness in the students.

He spoke on “Emotional Intelligence Approach to Knowledge Replication in Academic Environment” and stated that emotional intelligence contained paradigms that if embraced, have potentials to transform people into well rounded leaders who are intellectually competent and emotionally stable.

Dr. Amusan described emotional intelligence as the ability to perceive, control and evaluate emotions. “The ability to monitor one’s own and others’ feelings and emotions, to discriminate among them and use the information to guide one’s thinking and actions,” he added.

He enjoined the participants to build personal competence in their students by encouraging positive qualities, pointing out positive growth in them, respect their opinion, recognise their uniqueness and respect their feelings. “Planting the seed of greatness begins from knowledge impartation and replication. Many approaches have been used by experts, however, emotional intelligence approach is one of the tools,” he submitted.

The Chairman, College Research and Seminar Committee, Professor Solomon Oranusi, in his remarks called for the review of the seminar series in order to determine its impact on participants and derive maximum benefit from the programme. He advised participants to internalize all the presentations, which, according to him, would make everyone have a better waste and class management’s know-how.