Prior to the delay in the release of the 2020 WAEC results of public schools in Ekiti state, the West African Examinations Council (WAEC) has tendered an unreserved apology to the state government. 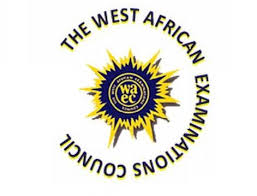 In a letter dated 5th November 2020 and signed by WAEC’s Branch Controller, Alhaji Olajide Hakeem for the Head of National Office, the exam body debunked the rumour that the results, which were released on Thursday instead of Monday were delayed owing to the huge debt owed by the State government.

The letter which was addressed to the Commissioner for Education, Dr. Olabimpe Aderiye apologized for the delay in the release of the state public schools’ results and clarified that the Ekiti state government was not in any way indebted to the council.

According to WAEC, the inability of many candidates to access their results on Wednesday via the online platform provided was a result of heavy traffic congestion on their part. They added that results were eventually accessed at 5.45 pm on Wednesday.

The Exam council further condemned the attempt by persons or groups to spur unnecessary agitations on an issue they termed ‘sensitive’.