According to media reports, the former Vice-President of Nigeria, Dr Alex Ekwueme, and former governor of Lagos state, Asiwaju Bola Tinubu, have been confeered honorary doctorate degrees by the University of Abuja (UNIABUJA). 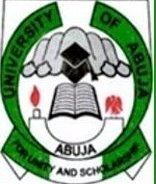 According to NAN, this took place at the  Combined Convocation of the insitution.

Ekwueme was said to be unavoidably absent as he was represented by his daughter, Mrs Chidi Onyemelukwe.