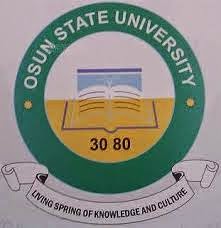 According to reports the sudden break may be connected with students’ protest over the death of a student who allegedly died as a result of negligence from the Hospital Management.

A press release by the Police Public Relations Officer, Folashade Odoro stated that the students mobilized to protest the death of the student which generated shootings.

The management of the hospital told newsmen that the deceased was advised to be admitted on Sunday when she came for treatment but declined, he noted that she was rushed in a critical situation and efforts to resuscitate her proved abortive.

Meanwhile, the indigenous association of students, Osogbo National Students Union (ONSU) has demanded the probe of the policemen arrested over the shooting of the two students, lamenting that the incident disturbed the peace of the community.

The President and Public Relations Officer of ONSU, Adeyemi Idris and Obarayese Sikiru, stressed that the police was supposed to protect and not endanger the lives of the citizens

He added that Osogbo people are known for peace and security agents should assist in maintaining it. He commended the state government and the police force top hierarchy for calming the tension which almost led to chaos.