Authorities of the University of Ilorin (UNILORIN) has announced the postponement of the reopening of hostels earlier scheduled for February 15, due to ongoing strike action by the non-academic unions in the university. 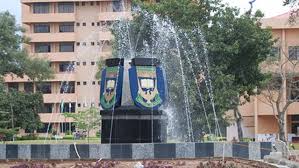 Kunle Akogun, the institution’s director of corporate affairs, made the announcement in a statement issued on Saturday, 13 February.

According to the statement, the strike had affected the sources of electricity and water supplies to the hostels. He urged students to bear with the institution’s management over the postponement, explaining that the move was taken as a measure to ensure their safety. He added that a new date for reopening the hostels will be announced in due course.

The director of corporate affairs also said the directive does not affect the institution’s ongoing virtual lectures for students across all categories.