Recent media reports have it that the Youth Orientation for Development a United Nations Educational, Scientific and Cultural Organization (Registered and Recognized as an implementing NGO with the Federal Ministry of Education and Federal Ministry of Youth Development) to commemorate UNESCO at 70 organized a National Essay Competition among Secondary Schools and Tertiary Institutions. 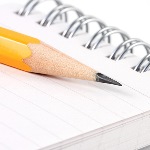 This was intended to actively engage the minds of young people in Nigeria in appreciating the effort of UNESCO in building a culture of peace across the nation especially in the face of the current security challenges prevalent in the nation.

The Essay Competition titled: “Building Peace in our Hearts and Minds with our Words” and “Building a Culture of Peace through Non-Violence Communication” respectively was swept by UNILAG Students which further confirms University of Lagos as indeed the University of First Choice and the Nations Pride. Here are the names of the winners: