The following guidelines have been issued for the conduct of elections into various executive positions in the Faculties, Departments, Halls of Residence and Student Associations for the 2016/2017 Academic Session. 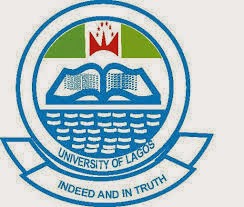 The General Guidelines for the Elections

– The Sub-Dean/Staff Adviser/Hall Master/Mistress shall set up Electoral Committee for the conduct of election into the executives of that Faculty/Department/Hall. The membership of the Electoral Committee is to be screened and approved by Dean of Student Affairs Division (DSA).

– The Sub-Dean/Staff Adviser/Hall Master/Mistress shall supervise and coordinate the activities of the Electoral Committee and also assist with Logistic.

– The Electoral Committee, under the supervision of the Staff Adviser and in collaboration with DSA, shall issue nomination forms to all eligible candidates and also: All Elections will by e-voting

– The current Executives are to submit Handover Note to include report on the finance of the Association to the Sub-Dean/Staff Adviser/Hall Master/Mistress, as the case may be latest a week (7 days) to the election date.

– Handover notes and the financial reports of activities of Associations duly endorsed by the Executives and the Staff Advisers should be forwarded to the Dean, Student Affairs Division (DSA) before the election date.

i) Candidates must have completed one full academic session in the University.

ii) Candidates for election should possess good leadership qualities, with established past record of good behaviour.

iii) Must be good academic standing with a CGPA which must not be below 3.0.

iv) Must not have a carryover pending as at the end of first semester of 2015/2016 academic session. In the case of College of Medicine, a candidate must have no reference pending and must not be repeating the present class.

– A candidate found guilty of misconduct by the Management shall be disqualified from running for an elective post.

– Any student discovered to have given wrong information will be disqualified and if elected, shall be removed to face disciplinary panel while the runner-up will be declared winner.

– Students who have matriculated in other post-secondary higher institution other than the University of Lagos are not eligible for any position either as member of electoral committee or contestant/candidate for any position.

– Nomination forms shall be deposited with the Secretary to Electoral Committee in the Faculty, Department and Halls of Residence.

– All nomination forms received by the Electoral Committee shall be forwarded to DSA for final screening and Approval and compilation of candidates’ list.

i) Voters list shall be displayed at the Faculties/Departments/Halls of Residence/ not later than 72 hours to the Election.

ii) Any complaint should be directed to the Staff Adviser/Hall Warden as the case may be.

– Only registered students are eligible to vote and to be voted for.

– List of contestants shall be displayed at the Faculty/Department/Hall of Residence /Election icon on the University website not later than 24 hours before election.

– Each voter shall be entitled to cast a vote for each office to be filled.

– There shall be no voting by proxy.

– No candidate shall hold two elective positions in the same academic year in the University.

– Election result shall be displayed on the website to be available to all voters.

– The winner of the election shall be determined by simple majority of the votes cast. Where there is tie, a rerun shall be conducted within 48 hours.

– The results of the election shall be dully endorsed by the Staff Adviser/Hall Warden, agent of the candidates, the Chairman Electoral Committee and the DSA or his representatives.

– The DSA shall release the results of the election online immediately after voting.

– Where a candidate(s) has(have) any complaint(s) against the conduct of any election, such a complaint shall be communicated in writing to the Election Petitions Committee, set up by the Dean of Student Affairs, for adjudication within 24 hours after the results of election had been announced.

– Such a petition should be forwarded, through the Dean of Student Affairs Division to the Chairman, Election Petition Committee.

– No candidate shall be deemed to have been validly elected until any petition(s) pending for such an office had been finally disposed of.

– The Staff Adviser/Hall Master/Mistress has the responsibility of informing the Dean, Student Affairs Division of any defaulter of the Election Guidelines.

– ANY ELECTION CONDUCTED WITHOUT THE REPRESENTATIVE OF THE DEAN OF STUDENT AFFAIRS DIVISION SHALL BE NULL AND VOID.

All parties involved are enjoyed to adhere strictly to these guidelines. Thank you.