The University of Lagos (UNILAG) has elected a new acting Vice Chancellor. See full details below.

Professor Folasade Ogunsola has been elected as the new Acting Vice-Chancellor of the University of Lagos, in a meeting held today by the senate. 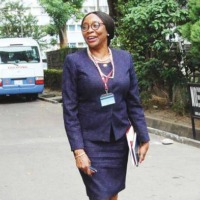 Ogunsola emerged as the winner after polling a total of 135 votes against her closest rival, Professor Ben Oghojafor who had 31 votes.

Until her election, she was the Deputy Vice-Chancellor of Development Services and the Provost of the College of Medicine, University of Lagos. Professor Ogunsola is expected to act in the new role until the outcome of the Special Visitation Panel set up by President Muhammadu Buhari.

The University of Lagos (UNILAG) has appointed a new vice-chancellor. See the full details below.

After the sack of the incumbent vice-chancellor of the University of Lagos (UNILAG), the Governing Council on Thursday, August 13, appointed Prof. Theophilus Omololu Soyombo as the Acting Vice-Chancellor of the institution. 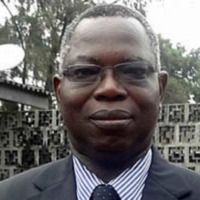 This was contained in a statement by the Registrar/ Secretary to the Council, Oladejo Azeez, stating that the Council made the appointment at a meeting held in the early hours of Thursday in Abuja.

The statement urged the public to disregard the claim by Prof. Oluwatoyin Ogundipe that he remains the substantive Vice-Chancellor of UNILAG.

The institution Governing Council, headed by Dr. Wale Babalakin, SAN, had on Wednesday removed Ogundipe as the VC of the school.

The development was a result of the face-off between Babalakin and Ogundipe which led to the school’s chapter of the Academic Staff Union of Universities, ASUU, declaring Babalakin an unwanted visitor to the university.

This prevented the Council from sitting on campus and had to shift its sitting to Abuja where a meeting was convened and Ogundipo removed as the school’s VC.