The University of Benin, UNIBEN has released an important notice to its 2020 Post-UTME screening candidates. The notice reads; 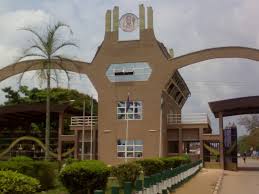 This is to assure candidates who sat for the University’s PUTME on Tuesday the 8th of December, 2020, that they have no cause to worry as those whose submissions were affected in two of the Centers, by a technical hitch resulting from power cut on campus, have been advised, via their e-mails, to return for the exercise.

The candidates are to go to the University’s ICT Centres from Wednesday 9th to Friday 11th December, 2020 from 9am.

For the avoidance of doubt, the University has no problem with its servers as the submissions of all candidates who took the examination before 8th December and those of others whose Centres were not affected are intact.

In the meantime, more than half of the affected candidates have been captured. Management regrets all the dis-comfort caused by the unfortunate incident.