Tai Solarin University of Education, TASUED students protest against a new medical fee in the university. See details of the protest below. 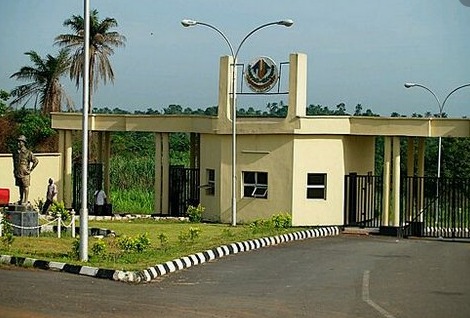 Students of Tai Solarin University of Education (TASUED), Ijagun, Ogun State, trooped out in their numbers to protest against a newly introduced medical fee of N2,000 by the university management.

The students were said to have boycotted the ongoing second-semester examinations on Friday, March 19, while threatening to cripple academic activities in the university unless their demand is met.

According to the President of the TASUED Students Union Government, Abdul-Azeez Soneye, the N2,000 medical fee was introduced on the school’s portal without prior notice. He warned that the protest would continue if the management of the university refuses to cancel the new medical fee.

However, the university management and the executives of the SUG held a meeting immediately after the protest to dialogue on the issue, with the meeting being reconvened for Thursday, 25TH of March, for further deliberation.

The Ogun State Chairman of the National Association of Nigerian Students (NANS) Damilola Simeon, while reacting to the development blamed the acting vice-chancellor of TASUED, Prof. Wole Banjo for the protest, accusing him of making anti-students policies like hiking fees less than two months after his appointment as the institution’s VC.

Also reacting to the allegations, Prof. Wole Banjo, the acting vice-chancellor, said that the new medical fee is what the Federal Government approved as Tertiary Institution Social and Medical Insurance Scheme. He denied reports of tuition fee increment while stressing that the acceptance fee is only to be paid by fresh students.