Tansian University Moves To Permanent Site, Vows To Become The Harvard Of Africa

Tansian University, a private institution based in Obosi, Idemili North Local Government Area of Anambra State and named after the legendary Rev Fr. Iwene Tansi, has declared its readiness to take become the best university in Nigeria and one of the best in the world. 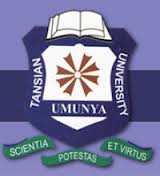 Speaking during a press conference at the School’s Permanent Site in Umunya, Oyi LGA of the state, the Founder of the University, Prof. Johnbosco Akam, pointed out that the institution was named after late Rev Fr. Iwene Tansi in order to immortalise him and use him as a pointer to imbibe morals in the students trained in the school.

Akam, who spoke as Tansian moved into its permanent site, said that although the university has Catholic affiliation, its doors are open to students from all religious backgrounds to obtain quality education.

“Tansian has a heart for everyone, be you Anglican, Catholic, Muslim, Seventh Adventist, etc. Admission here is open to all, provided you abide by the rules and regulations of the school,” Akam said.

He stated that the criteria for admission into the institution is in accordance with the guidelines set by JAMB, which is 180 score and above in the UTME with five credits in SSCE. The University, according to Akam, has a rigorous academic regime through assignments, handouts, practicals and text books.

He stressed that the school boasts 24-hour power supply and a standard ICT centre.

Akam said that the Tansian is to be the Harvard and Oxford University of Africa. The institution, he said, has zero tolerance for crime, cultism, sexual harassment and any sort of exam malpractice, be it sorting or sleeping with the lecturers to get marks.

The Tansian University Founder/Chancellor Akam called on school leavers who scored 180 and above at the last UTME but could not get admission in their school of choice to embrace the opportunity given by Tansian University to secure a good quality education by purchasing the School’s form.