According to DailyTrust, investigations reveal that weeds have taken over a large percentage of the area, making it a breeding ground for reptiles and other distasteful creatures.

It was revealed that two years after the date set for the newly established university to commence academic activities, it is yet to do so, even though most of the infrastructures have been put in place. 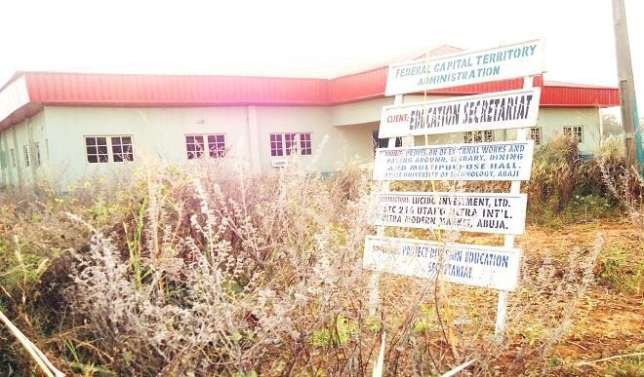 The school was established with the aim of increasing the number of FCT students admitted into tertiary institutions.

“Only about 5% of FCT students get admission into higher institutions. The university was proposed to correct this anomaly,” spokesperson of the FCT Education Secretariat, Anthony Ogunleye, said.

Some stakeholders have expressed concern over non-commencement of academic activities even after 85 percent of necessary facilities have been put in place in the university.

“It is quite worrisome that after billions of naira have been expended and all the required facilities have been put in place, the university.”

Reacting, the chairman of the area council, Alhaji Yahaya Garba Gawu, said when he assumed office in 2013, he approached the Federal Ministry of Education and FCT Education Secretariat on the issue of university.

“I made all effort when I assumed office in 2013, on the need to see that academic activities at the university take-off but to no avail.

“But we are hoping that with the coming of the new administration, academic activities will take-off.”

“Even first generation universities in Nigeria are still adding infrastructures to improve on what is already on ground. We foresee AUTA as growing continuously,” he stated.