When Zach Wilson, a senior at the University of Connecticut, left for winter break last week, he did not anticipate that he would never be allowed back. An aspiring Political Science major, and head of the ‘young politicians’ club, Zach was revered as a well-adjusted young man leaping towards success.

His peers described him as cordial, good looking, smart. When news surfaced that Zach had cheated on a final for a legal writing class, it was easier for most to believe there was a mistake. Zach wrote off the allegations as slanderous efforts purported by his competitive peers. What surprised the young politicians club was the strong evidence against him.

“We believed Zach” says Sarah Zimmerman, a board member of the young politicians club, “He claimed that someone was setting him up, maybe one of his peers. He said it so genuinely, and he is not known as a liar, so we believed him. We actually fought for him too. 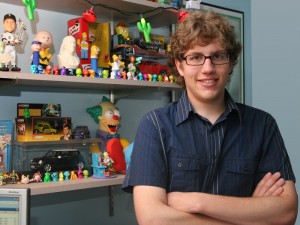 But the evidence against his showed otherwise” Professor Gilson, the instructor who made the allegations, released a video of Zach that was filmed on one of the school cameras. The video shows Zach leaving the lecture hall with his test when Gilson was not looking, and shuffling through a binder in the hallway. He then proceeds to write an essay response, copied word for word, of a previously written essay by a peer who passed the class with an A last year.

The video also shows Zach making several phone calls which could have been phone calls to friends who knew the material on the exam. “Zach has always been a great student, it is a shame that such a smart kid would jeopardize his academic career like this” says Gilson “It was a dumb decision.” After the conundrum Zach was let off with a promise to apologize to the professor and the Dean.

The apology letter was exceptionally written. It was “Sincere, and filled with philosophical insights. Having Zach as a student, I immediately knew it wasn’t his writing” says Gilson “I typed in the first paragraph of the letter into Google, and instantaneously found results tracing to a student run site that shares all academic material ranging from college essays to ‘successful apology letters’. They had a whole category specifically made for various breeds of apologies. They had ‘cheating apology letters’ ‘plagiarizing letters’ even ‘apology letters for getting written up in the dorm.’ The whole thing is just so crazy.”

Gilson says that this is a big problem on College campuses. “I’ve seen it before but never to this extent.” College students have access to tried-and-true essays and material that will guarantee them good grades. Academic integrity has gone out the window with the rise of such sites. Gilson believes that Uconn has a tremendous problem with plagiarism and he would like to see some changes. “I just don’t know how we can change it” he says “I grade so many papers, I don’t have the time to google each one to try its legitimacy.” The issue has gone under further investigation by Uconn affairs.