Guled Adan Abdi is a talented boy from Somali whose passion for making electronic toys has made him famous in his country. Guled taught himself how to make plastic toys from bits of discarded objects.

A 13-year-old boy taught himself how to make plastic toys from bits of discarded objects.

“I started making toys when I was younger. I used to play with them without any motor. But later I said to myself: ‘Why don’t you make them into a moving machine?’

“So I looked at the cars in the town and invented my toys with the same design,” he said. 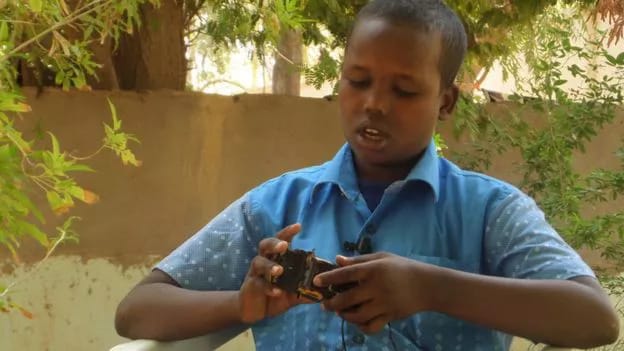 Guled has already constructed four electronic toys, including a truck and a plane, and a fan that can be used as a light at night. All toys were mainly made of plastic from old cooking oil containers. 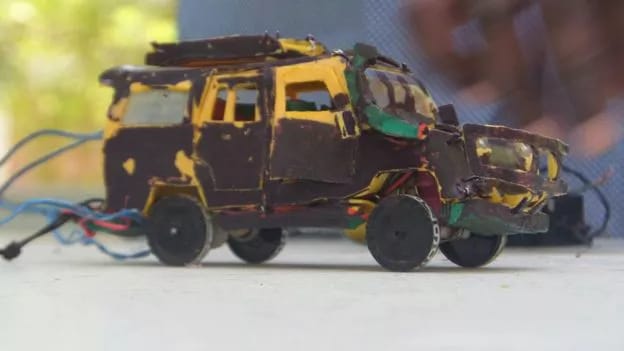 All toys are mainly made of plastic from old cooking oil containers. Credits: The BBC

The BBC reports that Guled lives at home with his mother, older brother and sister. His father disappeared in 2002 and is presumed dead.

The boy goes to a school in Buhodle but has missed a lot of his education and is only in the third year at primary school.

Although his mother is working hard and struggling to support the family, sometimes they do not have enough money for living and the family has to stay with relatives in a remote area where Guled cannot go to school.

After school, the boy dedicates hours to his inventions working on his cars from noon to late in the evening.

“I have never seen anyone make such things and I was not trained by anyone. I investigated and found out for example how a car’s tyres turn,” he said. 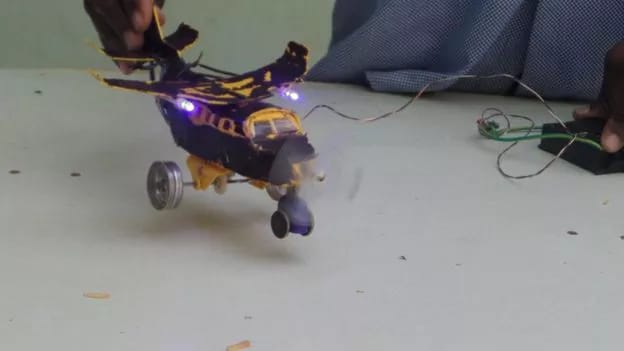 Guled has constructed four electronic toys, including a truck and a plane.

At first, Guled’s toys did not move, but soon he decided to connect them to a battery-powered control box, which is marked with a plus and minus sign.

“If it is switched to minus, the car will move backwards, if you move the switch to the plus it will go forwards,” he said.

The toys are made from rubbish, so the only things he has to pay for are the batteries.

Asha Ahmed Omar, Guled’s teacher, has always encouraged the pupil to continue with his experimenting and bought him the first batteries.

As his reputation has grown, many people visit the boy to give him encouragement and watch him at work. 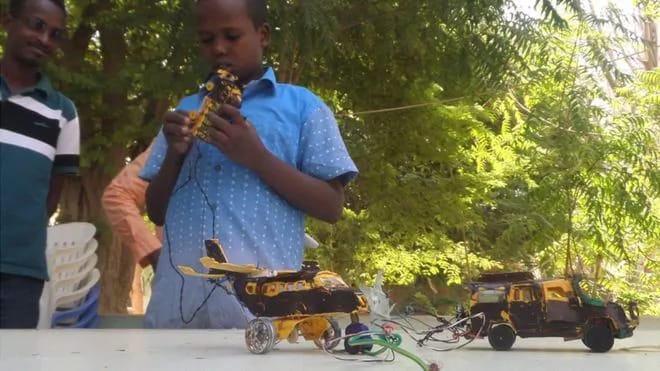 A few years ago, the boy’s Maryan Hassan was not keen on his obsession and sometimes even threw away out his model cars. But now she is proud of her talented son and believes he is a genius.

Guled’ fame has spread beyond Buhodle after his teacher told the local authorities about her pupil.

Earlier this month, the boy travelled to Garowe, the main town of Somalia’s semi-autonomous Puntland region, where he met President Abdiweli Mohamed Ali at state house and showed him the toys. The president was impressed by Guled’s talent and promised him that the government would fund his education.