The Federal Government through the Ministry of Education on Wednesday clarified that it has not postponed the resumption of schools nationwide on January 18, 2021, putting to rest the confusion and controversy surrounding the school’s resumption date. 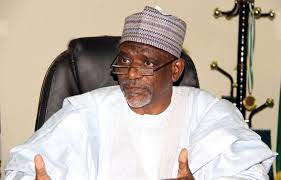 The controversy stemmed from comments credited to the Minister of Education Malam Adamu Adamu, on Monday that the January 18 resumption date stipulated by the Presidential Task Force on COVID-19 was subject to review.

But the Director, Press and Public relations, Federal Ministry of Education, Mr Ben Bem Goong, while making the clarification in Abuja, told Nigerian Tribune that the Minister’s statement that the date was subject to review based on reported cases of COVID-19 was misconstrued to mean postponement.

He said what the Minister meant was that if for instance, the nation wakes up to have over 5,000 cases in a day, there was no way the schools would be reopened on the set date.

“So, if COVID-19 Task Force gets up tomorrow and says we are having over 5000 infections and we can’t resume, that is the review we are talking about,” he said.

The National Coordinator of the Presidential Task Force (PTF) on COVID-19, Sani Aliyu, had also affirmed that the date for school resumption remains January 18.

Aliyu said the January 18 set for resumption by PTF has not been changed pending further directives.

He said no decision had been taken on the date, saying January 18, 2021, remains intact.

The comments by the Minister of Education had attracted divergent reaction from Nigerians with the National Association of Nigerian Students (NANS), urging the Federal Government not to postpone the resumption of schools.