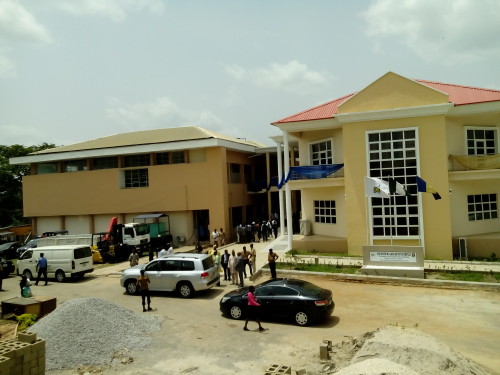 Rivers State govt has called on the Nigeria Liquefied Natural Gas Limited (NLNG), to start the planned Train Seven Projects that will boost its production output and increase its contributions to the economy of the country.

Governor Ezebunwo Nyesom Wike made the call while speaking at the commissioning of the NLNG Centre for Gas, Refining and Petrochemical Engineering Building at the Institute of Petroleum Studies, University of Port Harcourt.

Wike stated that Rivers State is the hub of oil and gas industry in the country, and it was natural for the state to be ranked as the best in oil and gas engineering education in Nigeria. The governor, who was represented by his deputy, Dr. Ipalibo Harry-Banigo, noted that at a time when the nation is bedeviled by the recurring fuel shortages, growing local demands for energy, transportation and power generation, the state should be looking forward to proffering solutions to the perennial problems of energy supply in the country.

In his key note address, managing director of NLNG, Mr. Babs Omotowa, said the management of the company approved the University Support Programme (USP) in 2013, one for each geo-political zone in the country, adding that the selection was based on the institution’s ranking in educational achievements.