The Joint Union of Plateau Tertiary Institutions yesterday, April 23 embarked on an indefinite strike to stress their demand for more funding and improved infrastructure in the institutions. The union is also demanding employment of more personnel, and exemption of the various institutions from the Treasury Single Account, among others. 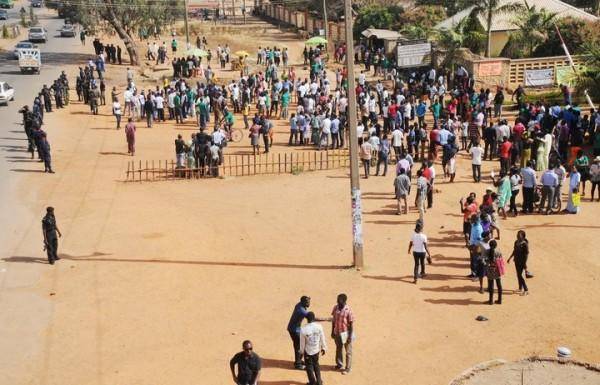 Chairman of the Union, Mr. Paul Dakogol, told the News Agency of Nigeria in Jos that the strike was long overdue, following the decay in the state-owned institutions. The union had, in a letter dated April 10, issued a 48-hour ultimatum to the state government to address the problems or it would embark on strike.

The letter was signed by Dakogol and Mr, Solomon Ayum, JUPTI Secretary. Dakogol explained that “the strike became the union’s last resort as government exhibited lackadaisical attitude towards meeting the demands,” even when the union shifted grounds after issuing the ultimatum.

He noted that the union’s demands were not personal but in the best interest of the state, the institutions and the future generation.

“We are forced to embark on this indefinite strike following the failure of government to meet our demands.

“As I speak, the seven institutions owned by the state government are comatose; they are an eyesore because of lack of infrastructure.

“If we are not careful, the condition of these institutions will degenerate into what we have today in our primary and secondary schools.

“The shortage of both teaching and non-teaching staff as well as poor funding to enable the various institutions operate and perform well need to be addressed.

“We also want government to exempt these institutions from the TSA because the way it’s being operated here is in complete contrast with what is obtainable elsewhere.

“It is not healthy for the survival of the schools,” he said.
Dakogol declared that the industrial action would continue until reasonable and concrete agreement was reached between government and the union.