Home » School News » Opinion: Why Ayodele Dada Shouldn’t Be Given A National Honour

Opinion: Why Ayodele Dada Shouldn’t Be Given A National Honour

By Bello Wahab O. – First, I wish to congratulate Mr Ayodele Dada for his academic milestone of which many have tried and many have fallen so he should keep his head held high even though he is not to first and certainly won’t be the last.

I stumbled upon a writeup few days ago on how the writer says that Mr Dada deserves a national honour/award and his reason was obvious; The 5.0gpa.

And I became so confused because I thought the honour was given to those who have rendered service(s) to the benefit of the nation and after a research, I concluded that the writer alongside many others are ignorant of what the National Honour truly stands for. 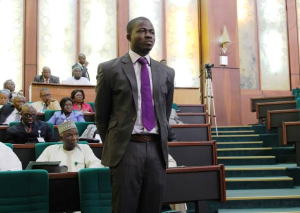 Now, what does Mr Dada deserve?

Still the national honour or an applaud from the education lovers
His achievement is a benefit to himself and not the nation.
What did he do for his final year project?
Does it contribute to nation building?
Did he invent any mathematical theory?

There are many 2nd class, 3rd and many that didn’t even attempt jamb but are contributing towards building the nation through the creation of job opportunities.

He should go out and prove himself and not become a burden on the nation just because of a degree that is not recognised in developed countries.

He has tried and I commend him but after school, life begins. I wish him success